For our nation to be its healthiest, nurses should serve in leadership positions.

Nurses offer a unique perspective on consumers, families, and communities. That is why nurses at all levels need to recognize the value of their distinctive knowledge and be trained for leadership roles, while community organizations, business leaders, and health care providers need to understand the crucial insights nurses bring. The community and consumers alike benefit when nurses take on leadership roles in full partnership with physicians and other health professionals. Bringing nurses to the table is essential to address health disparities and realize health equity.

To improve the health of communities and the nation, national organizations collaborated to form the Nurses on Boards Coalition (NOBC) with a goal of ensuring placement of 10,000 nurses on boards and other influential bodies by 2020. The NOBC, which includes conveners AARP, the Robert Wood Johnson Foundation, and 19 nursing organizations, is a direct response to the Institute of Medicine’s recommendation that nurses play a more pivotal role as decision-makers on boards and commissions.

In addition, most of the Campaign’s Action Coalitions have leadership or mentorship programs. In 2014, the Campaign introduced Culture of Health: Breakthrough Leaders in Nursing, a scholarship program that has selected 20 nurses so far to attend intensive training at the Center for Creative Leadership. Also, the Campaign’s Champion Nursing Coalition, comprising large national companies, has increased from 10 to 50 the number of nurses on the boards of its member organizations. 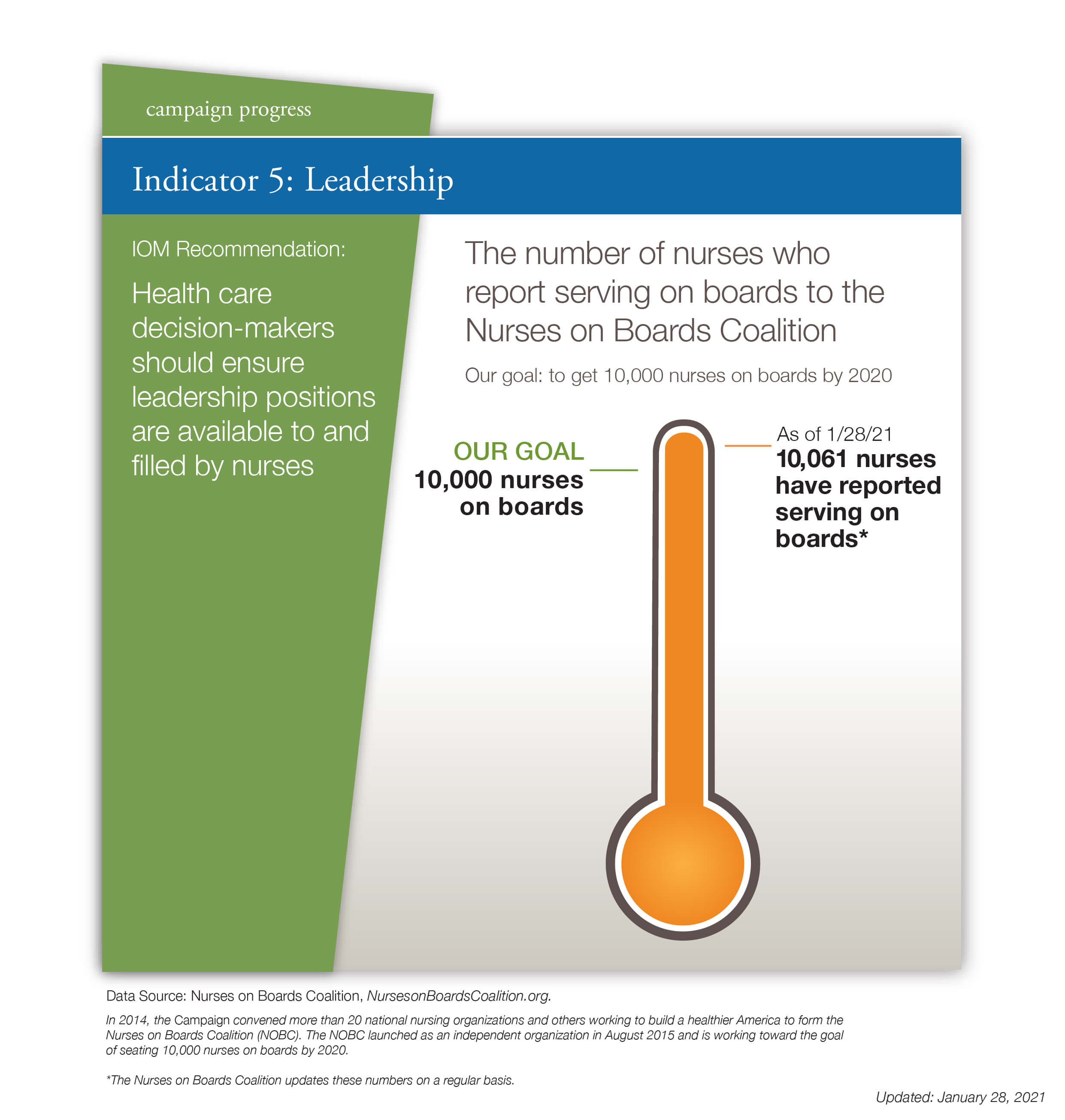