The nursing workforce should reflect the country’s rich cultural and ethnic diversity.

We strive for a nursing workforce that reflects the diversity of the nation’s population. Increasing the number of nurses from different backgrounds, including races, gender, and ethnicities, will contribute to better health and health care for all. From such diversity in nursing comes a deeper understanding of the elements that affect a person’s health and emotional well-being, and ultimately, improved care and treatment in order to achieve health equity.

The number of minority students enrolled in advanced nursing education is increasing. Some 30 percent of students at the baccalaureate, master’s, doctoral, and doctor of nursing practice program levels represent minority populations. The number of men in nursing is also increasing. In 2018, 14 percent of pre-licensure RN program graduates were male. 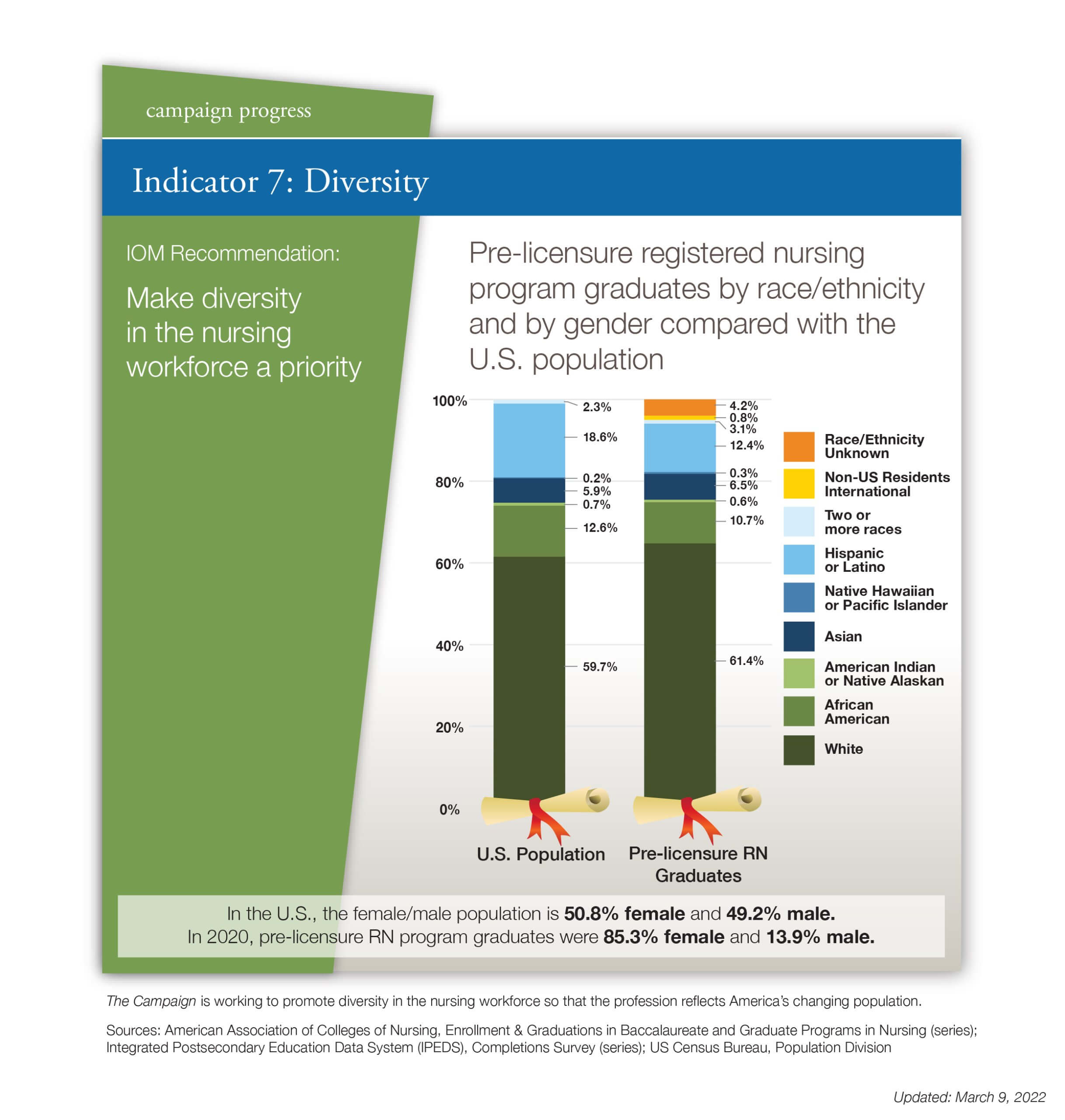