Nurses must be allowed to practice to the full extent of their education and training.

State laws and federal policies are among factors that keep nurses from contributing all they can to America’s health needs and wellness. The Campaign for Action is pushing for changes that would allow nurses to practice to the full extent of their education and training. Lifting restrictions means that more Americans will have better access to high-quality, affordable health care when and where they need it, including in rural and other underserved areas of the country. Prioritizing access for all is essential to achieving health equity.

Since the Campaign began, 13 states have increased consumers’ access to care by removing legal barriers that prevented nurse practitioners from providing care to the full extent of their education and training, and 16 states have made improvements. Now, 94 million people in 26 states and the District of Columbia have better access to care. 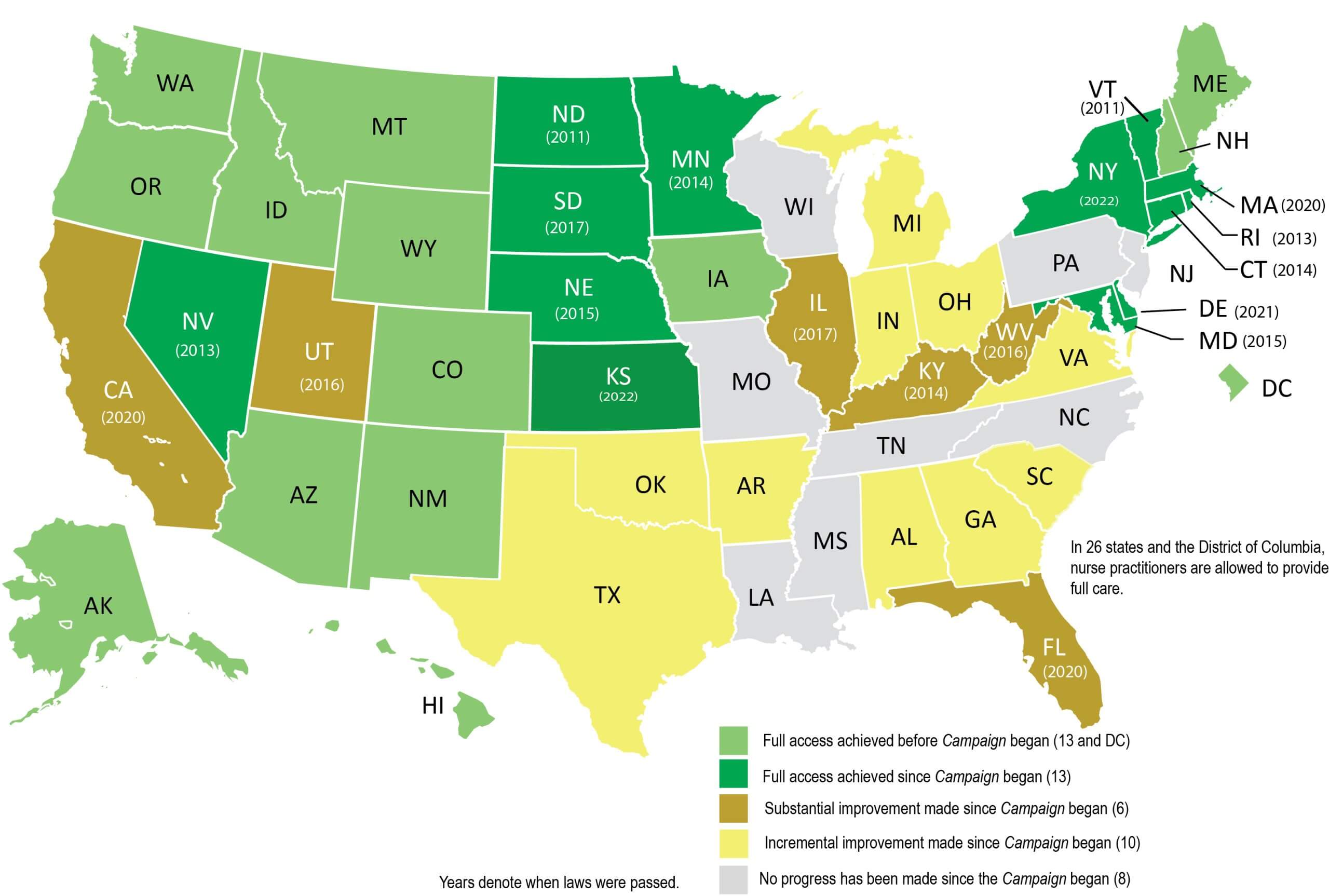