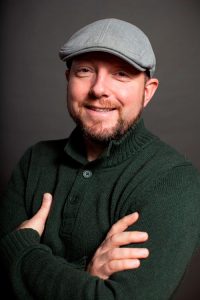 This is the fourth in a series of profiles of leaders who are part of the Campaign talking about their connections to the nursing or health care profession and their interests in healthier communities.

Jake Creviston, DNP, RN, PMHNP-BC, maintains a practice at an integrative care clinic in Portland, Oregon, and teaches mental health nursing as an assistant professor at Linfield Good Samaritan School of Nursing. Creviston is a member of the Oregon Action Coalition’s leadership and communications workgroups, serves on the national Nurses on Boards Coalition public relations/communications workgroup, and is president-elect of the American Psychiatric Nurses Association—Oregon Chapter. Creviston holds a bachelor’s in nursing from Linfield College and a master’s in nursing from Oregon Health & Science University, where he also earned his Doctor of Nursing Practice degree with a focus on leadership and policy. Creviston is part of the Campaign Outreach Advocates for a Culture of Health program.

Why did you decide to become a nurse?

I wanted to understand the scope of the contributions the women in my family made to patients in their more than 230 years of combined nursing experience. I wanted to put my interest for humanity and science into action. I also suspected nursing would offer more sustaining and worthwhile employment than being an art teacher, horse trainer, or stunt man.

Can you describe your evolution from making that decision to where you are today?

I decided impulsively to go into nursing after the Coast Guard and have never looked back. I moved from New York to Portland, Oregon and entered my baccalaureate program in 2005. After a few years in the ICU I became somewhat disenchanted by the lack of attention to the psychosocial aspects of care. In talking to nurses and non-nurses, I uncovered a hidden passion I had for mental health. I entered a Psychiatric Mental Health Nurse Practitioner (PMHNP) Doctor of Nursing Practice program in 2012, focused on mental health and leadership, and entertained distant dreams of teaching. Just before I graduated, my alma mater asked if I would consider teaching the mental health nursing course. Humbly and thankfully, I accepted.

Of all that you have accomplished, what are you most proud of?

I have found success in small but pivotal events. I do not claim to be the world’s greatest nurse or leader but I do commit to being authentic and I am very proud of it. Like everyone, I’ve had interactions with colleagues, clients, and students that have left me “triggered” or “hooked,” as we say in the mental health world, but by reacting without eliciting defensiveness I’ve been able to provide valuable feedback and self-advocate.

When we lack the right communications or conflict resolution tools we tend to make our stress somatic.

It may seem menial but I believe strongly that effective interpersonal engagement is an often-overlooked key to individual, population, and system well-being.

If you could change the profession in any one way, what would you change and why?

I reworded this question to, “I love nursing but…”

I find myself repeatedly articulating the perspective I earned in graduate school that nursing is an autonomous and credible discipline driven by its own evidence base and informed by medicine. Nurses are integral members of the health care team, not handmaidens to physicians. Following this stream of rhetoric to its source it would seem that society by and large believes nursing is a trade and the nurse’s role is to fulfill orders. This is often reflected in the dialogue of the public we serve, the students who enter my classroom, media’s portrayal of nurses, etc., etc.

If I could change one thing about nursing it would actually be many people’s perception of it.

I’ve been reflecting on the charge, “Think globally, act locally” a lot lately. Because our health care system challenges are so complex, it’s easy to become overwhelmed, overextended, stressed, burned out, and eventually inactive. My recommendation is to act as local as possible, one’s self. Doing big is not necessarily doing better. If the goal is whole health for everyone then nursing has a profound responsibility and opportunity to lead by example. Imagine if nursing became known as the fully actualized profession that helps people fully actualize. Know thyself and the rest will fall into place.

What role do you see for yourself in building a healthier America?

I want to lead by example. I want to emulate the successful leaders I’ve been lucky enough to meet, inside and outside of nursing. My contribution to building a healthier America is to continuously strive to be compassionate, empathetic, authentic and creatively adept at accumulating and disseminating knowledge. I believe these attributes exemplify both the art and the science of nursing and will in turn have profound effects on the health of all inhabitants of our shrinking planet.