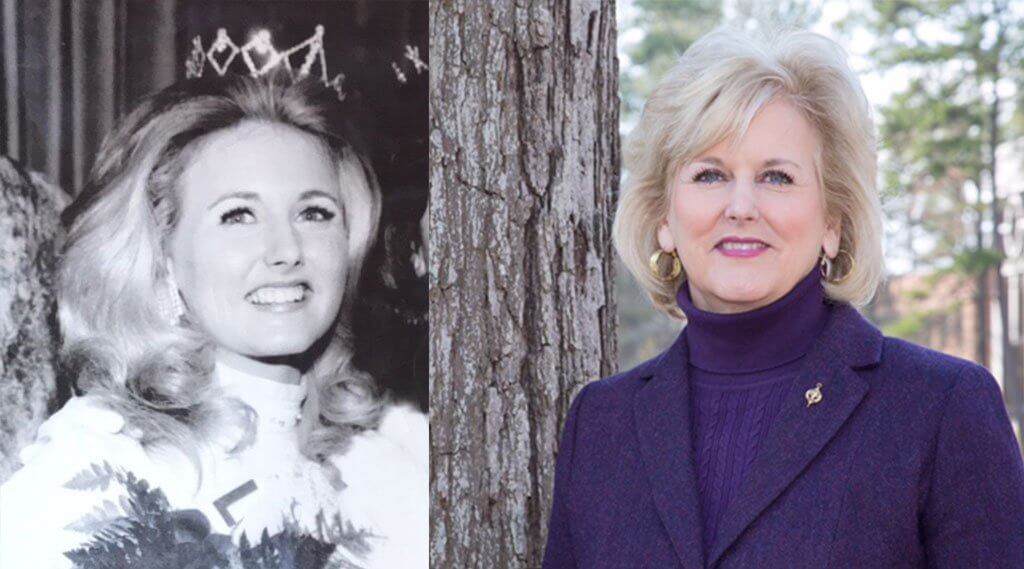 Lisa Eichelberger, PhD, RN, is dean of the college of health and professor of nursing at Clayton State University in Morrow, Georgia and co-lead of the Georgia Action Coalition. She earned her BSN, MSN, and PhD from the University of Alabama at Birmingham and knew from an early age that she wanted to teach nursing.

Why did you decide to become a nurse?
I always felt called to help others, but I wasn’t sure how that would happen: would I become a physical therapist, a medical technologist, or another type of health professional? My next-door neighbor was a doctor, and he helped me shadow several different types of health professionals. I quickly realized that nurses had the most opportunity to develop relationships and show care and compassion to those in need.

Can you describe the journey you went on to get from that decision to where you are today?
When I began looking at nursing schools, there were only two BSN programs in my state and diploma programs were more widely known. So I initially applied to a diploma program. I told the faculty member interviewing me that my career goal was “to teach nursing.” How I knew I wanted to be nursing faculty at 18 years of age, I really don’t know. She stopped the interview and said, “Then you do not need to come here. You need to get a baccalaureate degree in nursing, not a diploma. With your abilities and goals, this would be the wrong place for you.” 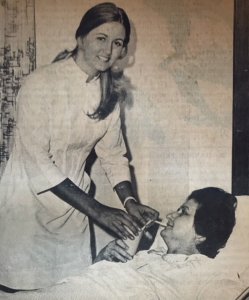 Lisa Eichelberger helps a patient in 1975, when she was a junior in nursing school at the University of Alabama Birmingham.

I listened to her and went the traditional college route: I pledged a sorority and was even talked into entering some beauty pageants along with way before I graduated with my BSN. Though I have no idea to this day who that advising faculty member was, I have thanked her so many times. That advice helped me get started on an educational track that would lead to me getting a PhD in nursing at the age of 34 and to my first deanship when I was 35.

What impact did the Institute of Medicine’s Future of Nursing report have on you?
It energized me. It gave me focus and acted as a compass for how I thought nurses in Georgia could work together toward common goals. I think it is the single most important event that has happened to nursing during my forty year career, and when I first learned about it I knew I had to be involved.

How have you been involved with the Campaign for Action?
I have served as the co-lead for the Georgia Action Coalition since 2011, before we were officially designated as an Action Coalition. I helped write the two State Implementation Program (SIP) grants and served as co-principal investigator on both. I also secured the matching funds for the second grant.

Of all you have accomplished, what are you most proud of?
I can’t think of anything that I have accomplished did not involve other people working with me and helping me along the way. Probably my single proudest accomplishment is serving as dean of Clayton State University’s (CSU) College of Health for the last 13 years. The majority of students attending CSU are from underrepresented groups, and we are a federally designated Predominantly Black Institution. It has been a privilege to work with our incredible students and faculty as we see lives being changed. CSU’s slogan of “dreams made real” is true.  If I’ve had a part in guiding and helping our students become the incredible health professionals that they are today, I would be most proud.

What is the most important action that nurses can take to lead the way to improve health and health care in America?
Become an impact leader in your community and in your organizations. Run for elected office, serve on community and health related boards, get to know who and what is impacting the health of your community and how you can shape decisions and policies that will improve the culture of health.

You have to give a lot to get a lot. You must be involved in what is going on at the courthouse, the schoolhouse and the White House, not just your own house!

What advice do you have for the next generation?
To dream big. This is the most exciting time for nursing and as a nurse today and you are only limited by your own desire and ambition. Identify your life’s biggest dream and then double it!  Understand that the goal you set for yourself now is probably way too small for you and your ability, and that is ok. Just don’t sell yourself short or be afraid to say out loud what you really want and care about. That is dreaming big. While a student in nursing school, Lisa Eichelberger entered beauty pageants for fun. 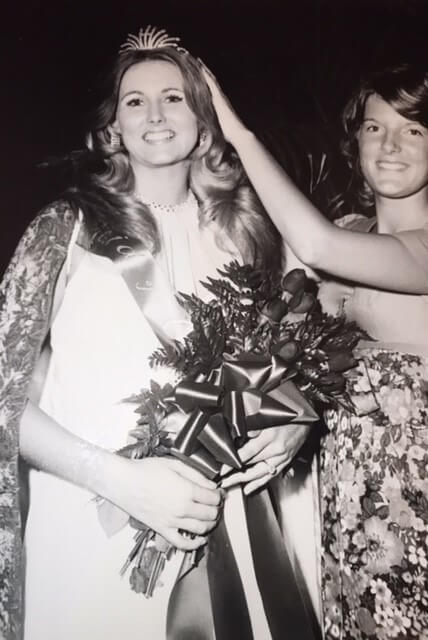 In 1974, she was crowned the Lee County Maid of Cotton in Auburn, Alabama.

In 1975, she was crowned the Alabama Maid of Cotton, when she was a junior in nursing school. She was later told she needed to drop out of college so that she could make appearances and travel, so she gave up the title to finish her nursing degree. 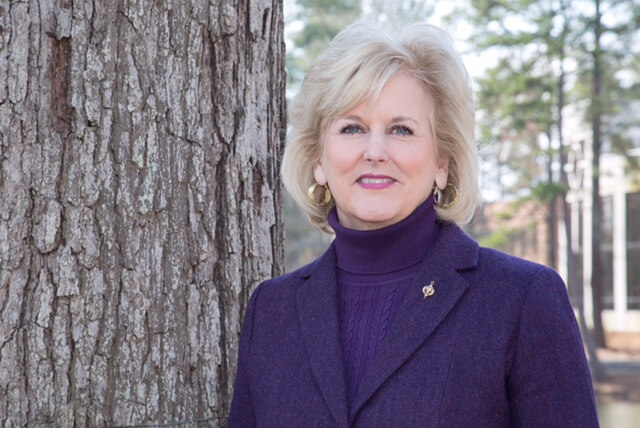 Now the dean of the college of health at Clayton State University in Morrow, Georgia, Eichelberger encourages nurses to “dream big.”