Nursing Journeys: A Former Army Nurse on How She Became a Nurse Leader 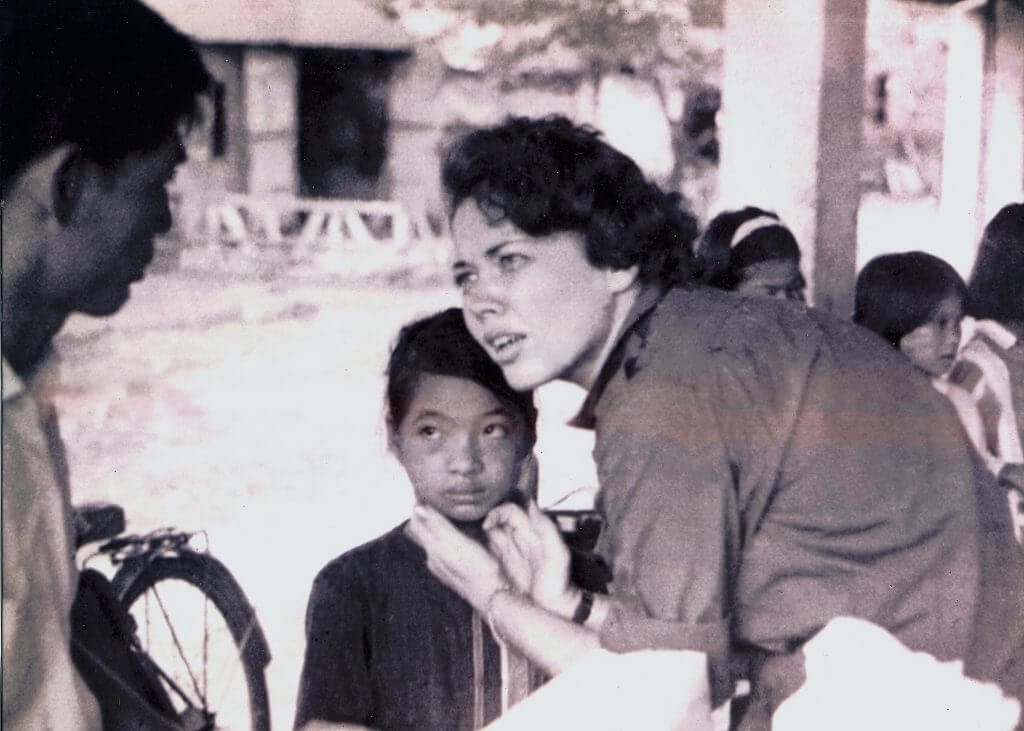 Why did you decide to become a nurse?
I came of age in the early 1960s when women had few career choices: We could be nurses, teachers, or secretaries. My mom wanted me to become a nurse because she thought I would always be able to get a job. I started as a candy striper at the local hospital, and then I earned a scholarship from the American Legion (my dad and his brothers served in the Navy during World War II) to attend nursing school.

Can you describe the journey you went on to get from that decision to where you are today?
I earned a bachelor’s degree in nursing from Indiana University and worked for less than a year at University Hospital’s labor and delivery unit. But with a promise of seeing the world, I was persuaded to join the Army, with a guaranteed assignment to Vietnam. I completed a 12-month tour there, working in a surgical hospital that was not too dissimilar from the television show M*A*S*H.

I then took a transfer to Germany, where I met my husband, and after leaving the Army, we moved to Colorado, and I got my master’s degree in maternal child health from the University of Colorado, Denver. I worked for six years as the head nurse of labor and delivery at Colorado General Hospital. 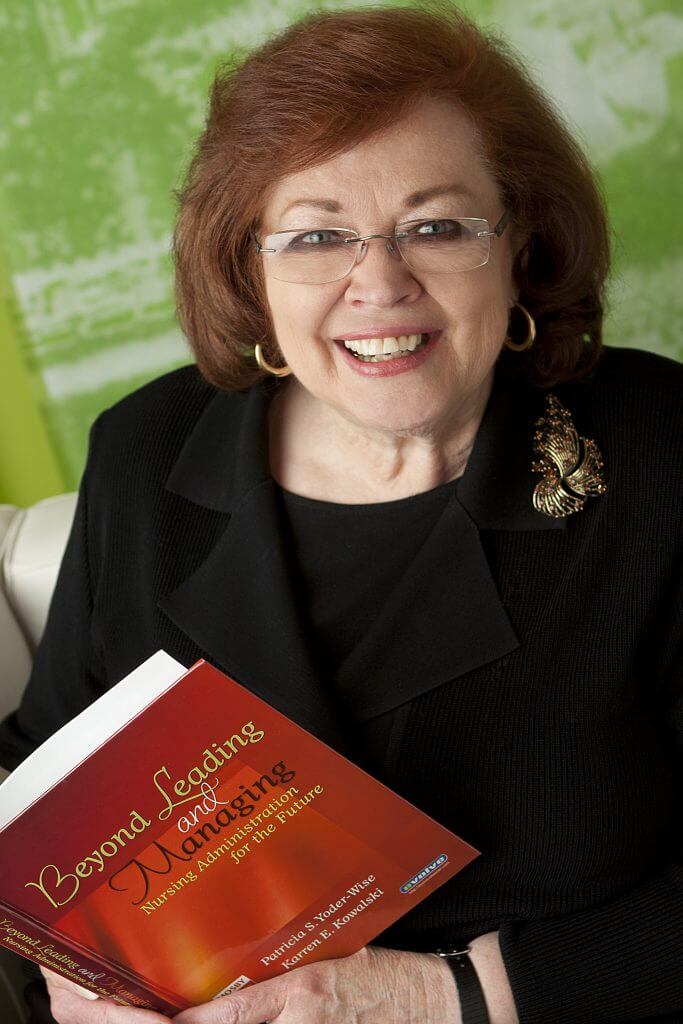 Kowalski’s career includes writing books, including co-authoring one with Patricia S. Yoder-Wise, Beyond Leading and Managing: Nursing Administration for the Future, that American Journal of Nursing named book of the year.

My mentor, Ingeborg Mauksch, urged me to get my PhD, and I completed that in 1984. I missed clinical practice, so I returned to leadership positions in maternal-child health in Denver and then later in Chicago. Among many roles, I was privileged to serve as assistant vice president and administrator of the Women’s and Children’s Hospital at Rush Presbyterian St. Luke’s in Chicago, as well as chair of the Department of Maternal Child Nursing in the College of Nursing at Rush University.

While at Rush, I received two nursing education grants from the Health Resources and Services Administration (HRSA), and began working as a proposal reviewer for HRSA’s Division of Nursing. I relocated back to the Denver area in 1998, and I lead a HRSA grant at the Colorado Center for Nursing Excellence to reduce wasted time and work in the practice setting. I became the CEO of that center in 2011.

What impact did the Institute of Medicine’s Future of Nursing report have on you?
The report has had a huge impact on my professional career as I have strived to implement its findings. In 2011, on the second day of my new job as CEO of the Colorado Center for Nursing Excellence, I received a call from a colleague in California encouraging our organization to apply to become an Action Coalition. We teamed up with the Colorado Hospital Association, and were selected to become an Action Coalition. Since then, we’ve achieved many victories in implementing the report’s recommendations.

How have you been involved with the Campaign for Action?
Since 2011, I have co-led our state’s Action Coalition, and am proud of our many accomplishments, which include:

Of all you have accomplished, what are you most proud of?
I’m most proud of our team here at the Center and all that we’ve accomplished to support and encourage nurses across the state to do more for their communities than they ever thought possible.

What is the most important action that nurses can take to lead the way to improve health and health care in America?
Nurses can serve on the boards, commissions, and councils where decisions are made about health care. Nurses bring a wealth of knowledge and understanding about human needs and the systems necessary to meet those needs, and this perspective is  important for effective board functioning.

What advice do you have for the next generation?
Work hard and know that in health care, change is so fast that we are compelled to be continuous learners. Learn everything you can. Read extensively including outside of nursing. 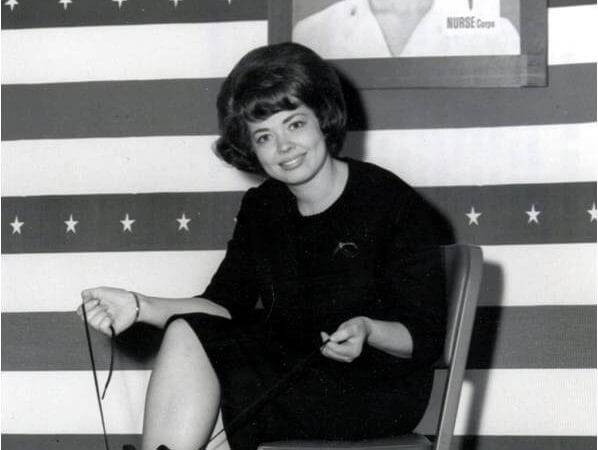 Kowalski was the first nurse from Indiana to have a guaranteed assignment to Vietnam. This photo was published in many Indiana newspapers as part of an effort to recruit nurses to serve in the U.S. Army Nurse Corps. 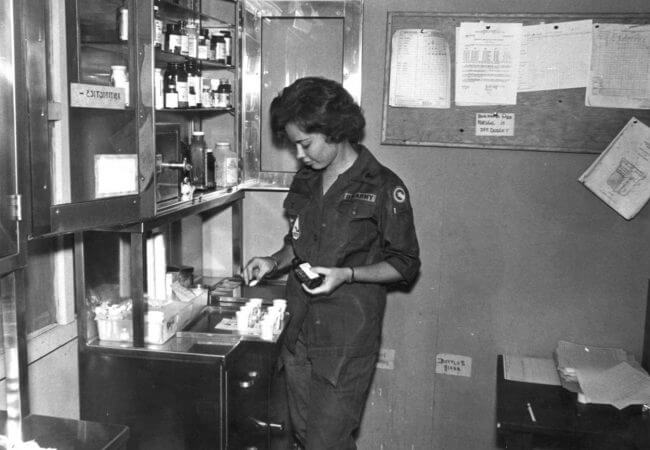 Kowalski prepares medications for a patient at the 3rd Surgical Hospital in Bien Hoa, Vietnam in 1966. 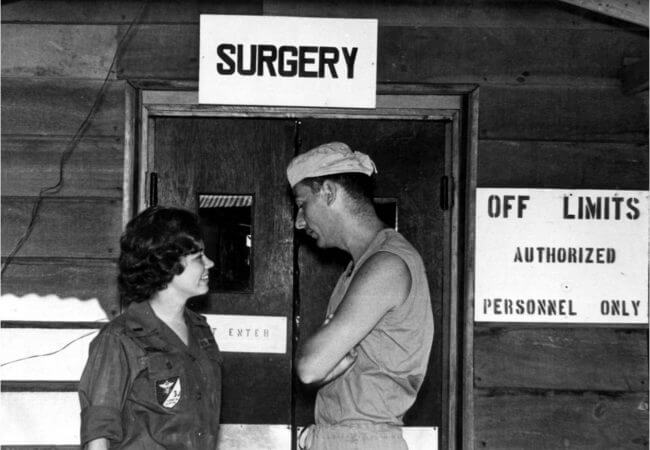 Kowalski consults with a surgeon about a patient at the 3rd Surgical Hospital. 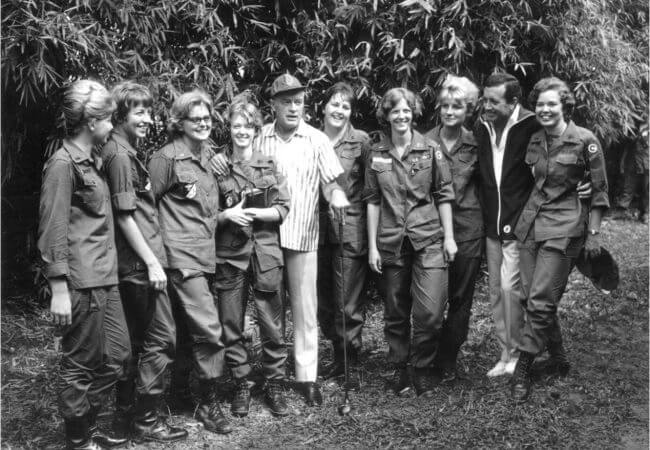 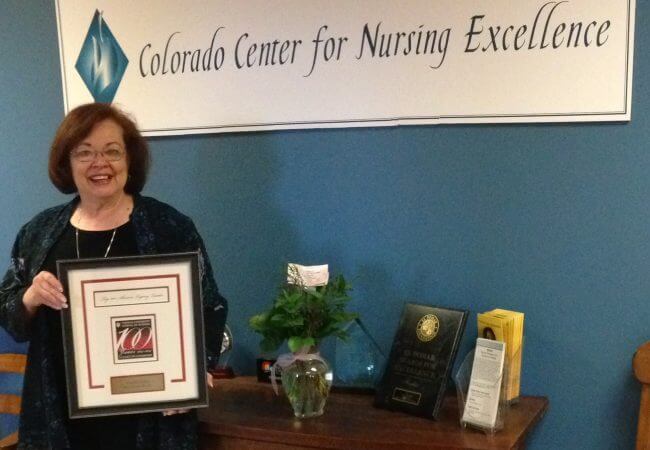 In 2014, on the 100th anniversary of the founding of Indiana University’s School of Nursing, Kowalski was selected from among 30,000 graduates to be a Top 100 Alumni Legacy Leader. 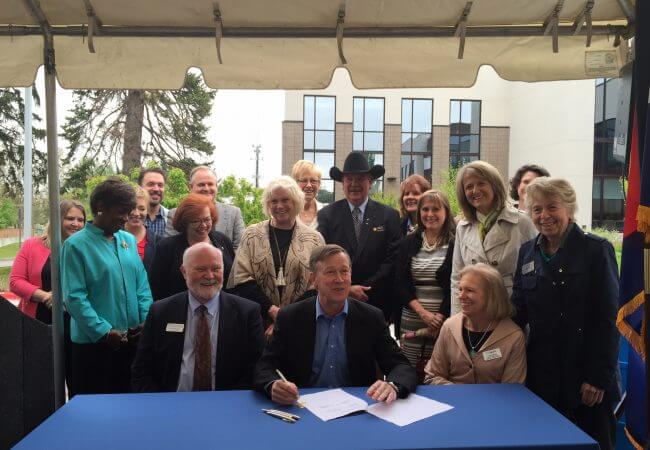