Nurses Increasingly Advocate Beyond the Bedside

This is the third in a series of posts about the top issues facing nursing today as covered in The Power of Ten: A Conversational Approach to Tackling the Top Ten Priorities in Nursing. 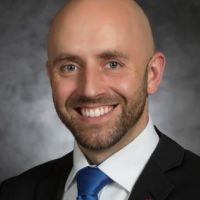 Nurses are natural bedside advocates, writes Jesse Kennedy, an intensive care unit nurse at PeaceHealth, Sacred Heart Medical Center in Springfield, Oregon and member of the American Nurses Association board of directors. But for nurses to become leaders, “the change in thinking has to come in extending that same passion and advocacy to other patients who may encounter the same issue,” Kennedy says.

Kennedy provided a chapter on leadership for The Power of Ten: A Conversational Approach to Tackling the Top Ten Priorities in Nursing. Leadership was identified as one of nursing’s top 10 priorities by more than 50 national and international nurse leaders surveyed for the book.

Writes Kennedy, “Chances are that issues each nurse encounters have happened somewhere before and will happen again, and it’s imperative to develop a sense of advocacy that sees this connection to the broader populace.”

Kennedy notes that younger nurses are “excited and eager” to take on leadership roles as the baby-boomer generation retires, and that it is important for the nursing profession to offer skilled mentorship to nurses interested in pursuing leadership.

The Future of Nursing: Campaign for Action, an initiative of AARP Foundation, AARP, and the Robert Wood Johnson Foundation, has stressed the importance of mentoring and is working to foster nursing leadership, especially through the Nurses on Boards Coalition, an initiative to place 10,000 nurses on boards by 2020.

Previous posts about The Power of Ten: 50 Nurses Outline Profession’s Most Pressing Issues, and Diversity Made the List of New “Power of Ten.”