New Paper Lays Out Why Nurse Practitioners Are the Solution 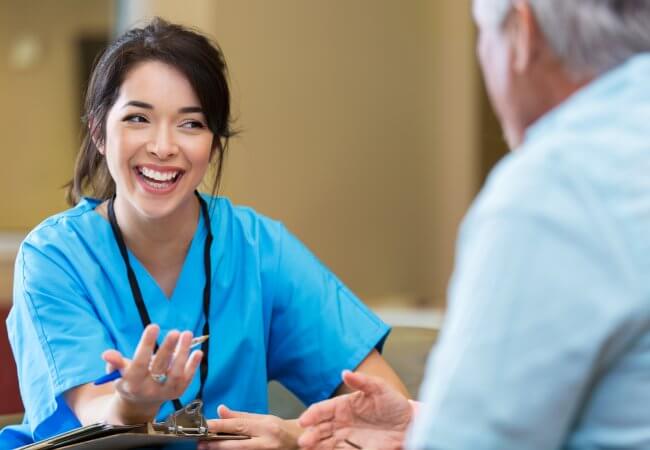 This is a revised version of an earlier post. See correction below.

The solution is evident to a growing number of influencers.

“Increasingly,” finds Buerhaus, “researchers, workforce analysts, and organizations that influence health policy support expanding the role of nurse practitioners (NPs) to fill the void left by the lack of primary care physicians and to improve the uneven geographic distribution of primary care.”

Buerhaus, a professor in the College of Nursing and director of the Center for Interdisciplinary Health Workforce Studies at Montana State University, began working on the research years ago, as the Affordable Care Act was being developed, when he was chair of the National Health Care Workforce Commission.

As he writes, “The studies described in this report consistently show that NPs are significantly more likely than primary care physicians to care for vulnerable populations. Nonwhites, women, American Indians, the poor and uninsured, people on Medicaid, those living in rural areas, Americans who qualify for Medicare because of a disability, and dual-eligibles are all more likely to receive primary care from (nurse practitioners) NPs than from physicians.”

Those findings are among many reasons, he states, that “scope-of-practice restrictions should be lifted in states across the country, and health care administrators should allow NPs to take on expanded roles in primary care settings. For the health of Medicare and millions of people, NPs must be allowed to provide primary care to more Americans.”

The paper includes an appendix listing more than 100 published studies and reports about the contributions of nurse practitioners in terms of quality and cost, scope of practice, location and populations served, and policy-oriented studies and publications.

Watch the recorded video and read the summary of Buerhaus discussing the report Monday, October 15 in Washington DC and view the summary.

Correction: An earlier version of a post about this new paper said that “Buerhaus surveyed a national sample of primary care physicians and found that most—77 percent—agree in theory that nurse practitioners should practice to the full extent of their education and training.” The reference to that national sample survey, which was published in 2013, mischaracterized the overall finding. That 2013 paper went on to say: “Our findings suggest that a substantial number of primary care physicians are unlikely to embrace policy recommendations aimed at further expansion of the roles and supply of nurse practitioners.”