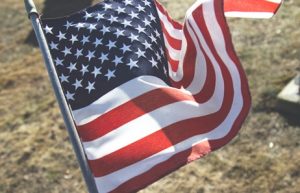 With just a few days to go before the close of a public comment period on whether the U.S. Department of Veterans Affairs (VA) should allow veterans direct access to advanced practice registered nurses, a new national survey shows that a vast majority of Americans agree that it should.

The poll found 88 percent of Americans support a proposed VA rule that would give veterans direct access to nurse practitioners in VA facilities; for those with a veteran in their family, 91 percent of respondents agreed, according to the survey by Veterans Deserve Care, a grassroots campaign led by the American Association of Nurse Practitioners.

The VA opened a 60-day public comment period on May 25, and it closes July 25. The VA has received more than 71,000 comments online, one of the biggest responses to proposed federal regulation in recent history, according to the Washington Post.

In its proposal, the VA cited the Institute of Medicine’s 2010 report on the future of nursing as providing clear support for the change. As the VA wrote, the new regulation would “increase veterans’ access to VA health care by expanding the pool of qualified health care professionals who are authorized to provide primary health care and other related health care services.”

The Future of Nursing: Campaign for Action, an initiative of AARP Foundation, AARP, and the Robert Wood Johnson Foundation, supports the rule change and AARP and RWJF have sent letters in support. The Campaign works state-by-state in supporting legislation that expands consumers’ access to care and allows nurses to practice to the full extent of their education and training. Consumers in 21 states and the District of Columbia currently have direct access to advanced practice nurses.