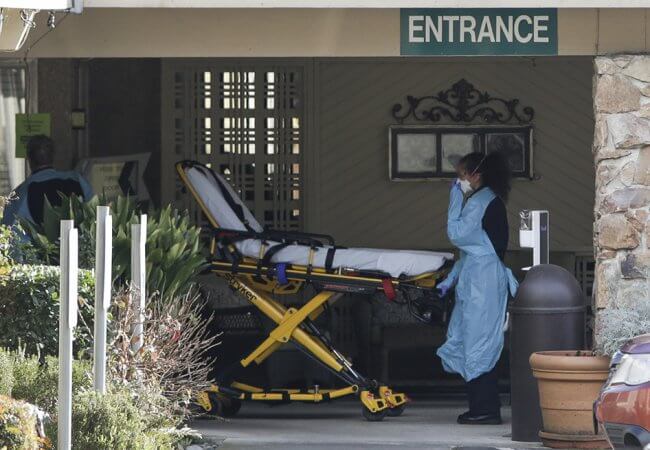 In the early fall, nearly 25 percent of all U.S. nursing homes reported at least one confirmed COVID-19 case among residents, and twice as many (50 percent) reported at least one confirmed staff case, according to the newly launched AARP Nursing Home COVID-19 Dashboard. The Dashboard aggregates data reported to the Centers for Medicare & Medicaid Services (CMS) on the extent of the virus’s presence in nursing homes, its impact on residents and staff and each facility’s available resources to combat it.

AARP fought for public reporting of nursing home COVID-19 cases and deaths knowing that such information, if made accessible, could be used to help slow the spread. Using this data, which is reported every four weeks, the AARP Public Policy Institute, in collaboration with the Scripps Gerontology Center at Miami University in Ohio, created the Dashboard, which will regularly update state-by-state and national data on: resident deaths per 100 residents; resident cases per 100 residents; staff cases per 100 residents. Significantly, the Dashboard will also maintain updated figures on how well-equipped facilities are, with numbers on two key measures: percentage of nursing homes without a one-week supply of PPE; percentage of nursing homes with staffing shortages.

Here is some of what can be found in the current analysis (from Aug. 24 to Sept. 20 reports).

This dashboard will be updated as new figures are reported to track trends over time, and it will evolve to include more categories to follow other measures of interest. The goal is to identify specific areas of concern at the national and state levels in a timely manner so that decision makers can better target resources.

Susan C. Reinhard is senior vice president and director of AARP’s Public Policy Institute and chief strategist of the Center to Champion Nursing in America, an initiative of AARP Foundation, AARP and the Robert Wood Johnson Foundation. She led work on the creation of the dashboard.