Speak Up: How One Nurse Turned a Chance Encounter Into a Front-Page Story 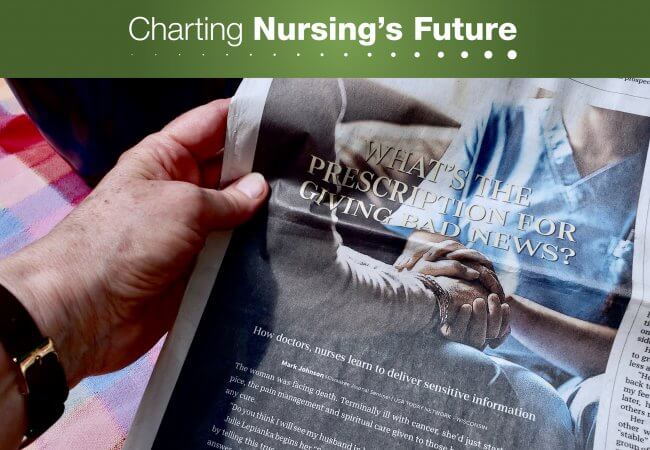 When journalists and nurses connect, powerful stories can emerge.

A nurse and a reporter attend a talk about Alzheimer’s disease. They are in the audience; they don’t know each other. A few weeks later, and not by chance, the nurse’s name appears print, putting a small dent in the abysmal statistics about nurses in health news coverage.

The reason: Julie Lepianka, MSN, RN, made a point of going to talk to Milwaukee Journal Sentinel journalist Mark Johnson, and she didn’t hide her passion for her work. Lepianka, an assistant professor in the College of Nursing & Health Sciences at Milwaukee’s Cardinal Stritch University, had brought her students to the talk so they could learn about the emotional toll Alzheimer’s takes on families. Johnson was there to write a story about former Wisconsin Gov. Marty Schreiber, who now spends his days caring for his wife and talking about the need to treat people with Alzheimer’s disease with dignity.

When the presentation was over, Lepianka introduced herself to Johnson and invited him to attend her “Spiritual Health” course. In the class, nursing students role-play tough discussions—a tumor is cancerous, a much-wanted baby isn’t viable—with theater students playing the roles of patients. The result: a front-page article in the Sunday Journal Sentinel, “We Need to Talk: How Doctors and Nurses Learn the Harrowing Task of Delivering Bad News to Patients.”

Nurses Are Still Underrepresented in the Media

Front-page coverage of nurses’ work is unusual. Very, very few are included or quoted as experts. In fact, it’s unusual for news coverage to include nurses’ insights at all: According to The Woodhull Study Revisited: Nurses’ Representation in Health News Media, nurses were quoted in just 2 percent of health-related newspaper articles and 1 percent of articles in health care publications in September 2017. 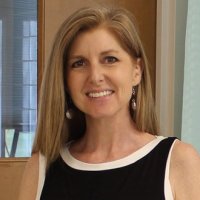 Stritch University nursing professor Julie Lepianka turned a chance encounter with a reporter into a front-page story about delivering bad news to patients.

When Lepianka approached Johnson, her intent was not to correct decades of media invisibility. She simply wanted to share the techniques she has found most useful in teaching nurses to treat patients and families humanely. “I’m very passionate about just how important it is to have compassion in health care,” Lepianka says.

Johnson followed up because, as he puts it, “There’s usually a good story when somebody is very passionate about something they do.”

But all too often, reporters—and therefore the public—don’t witness the intensity and drive many nurses bring to their work. Johnson says that hospital media relations personnel routinely offer physicians as sources and rarely refer reporters to nurses. Additionally, some nurses are leery about talking to reporters.

“I think we are humble to a fault,” Lepianka says. “We confuse passion and knowledge with ego. So many of us are fearful of coming off as boastful or obnoxious if we share the important work that we do.”

Fortunately, at least some reporters are aware of the wisdom of including nurses’ perspectives.

“I’ve found that nurses often have a better view of the ground level—what the patient’s family is going through, how the patient is doing,” Johnson says. “The doctor may see the patients on rounds, but the nurses see them for hours.”

Lepianka suggests that nurses can overcome their hesitancy by reframing their actions. “Nurses are huge patient advocates. If we really took our patient advocacy role seriously, we would be much more vocal about the work we do, because, in the end, sharing our story benefits the patient.

“I have a responsibility as an advocate for my patients to speak up and have my voice heard.”

How You Can Become More Media Friendly

The front-page Journal Sentinel article was the result of Lepianka’s deliberate action. Here’s what she did—and what you can do—to be more media friendly:

For more on nurses and the media, read our coverage of the Woodhull Study Revisited, Nurses Remain Largely Invisible in the Media.