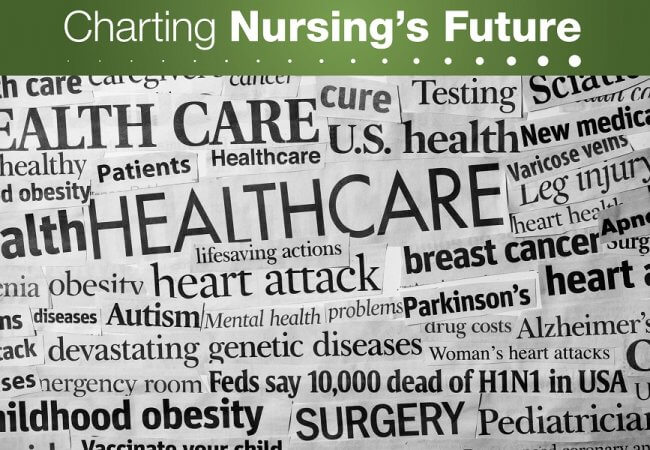 A 1998 study of nurses’ voices in the media found that nurses were “largely invisible” in leading print publications. Twenty years later, little has changed.

That’s the sobering conclusion of The Woodhull Study Revisited: Nurses’ Representation in Health News Media, released today by the Center for Health Policy and Media Engagement at the George Washington University School of Nursing.

The authors also found that nurses were rarely identified in photographs and noted that their voices are “conspicuously absent” in discussions of health policy, the business of health care, and research. Even articles about the nursing profession use nurses as sources only 44 percent of the time.

Why are nurses’ voices absent from news stories that would benefit from their expertise?

Through 10 interviews with health journalists, the researchers also discovered that nurses may need to educate journalists about their profession before seeing significant progress in how nurses are represented in the media. The interviews revealed that journalists are generally perplexed by the various credentials that follow nurses’ names. Reporters also lack a clear understanding of the range of nurses’ roles and the significance of various educational backgrounds. And counterintuitive as it may seem, the media has trouble finding nurses to interview despite their large numbers.

To get a handle on how nurses communicate with the wider world, the study authors reviewed the use of social-media hashtags (keywords that allow users to access comments on particular topics) at 47 leading nursing schools. The researchers found that, by and large, nursing schools use “inward-facing” hashtags to communicate with other nurses rather than as a tool to reach out and grab the attention of the media and others.

Nursing schools house a wealth of clinical and policy expertise among their faculty that could enrich coverage of a wide range of issues, but that message is not reaching journalists. Currently just over 1 percent of schools’ social media followers are members of the media.

The Woodhull Study Revisited focused solely on current publications that were already in print in 1997 in order to make an apples-to-apples comparison, but the media landscape has undergone seismic shifts in the last 20 years. The researchers agreed that a follow-up study of how nurses are used as sources by online publications and broadcast media would give a fuller picture. 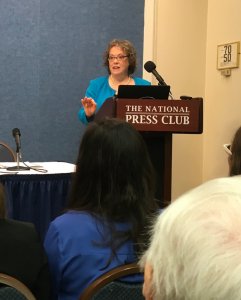 Will nurses’ media visibility increase in the next 20 years? That’s unclear, but as the study’s lead author Diana J. Mason, PhD, RN, FAAN, pointed out, the answer matters as much for the consumers of the news as it does for nurses. “Diversity of sources is key to good journalism,” she told those gathered at the press event. The Senior Policy Service Professor for George Washington School of Nursing Center for Health Policy and Media Engagement urged the journalists present to look to nurses as sources and urged nurses and their institutions to do more to engage the media.

Nurses: How to Make Yourselves Visible

(Reporters are often on deadline and may use the first sources they reach.)

To learn more, check out these helpful resources.