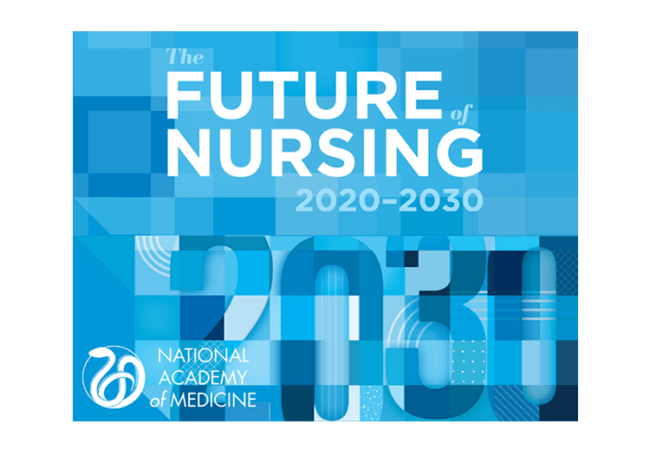 Medical error, clinician burnout, unconscious bias — the National Academy of Medicine has taken on some of the health care system’s most serious and contentious issues through its unique consensus reports model. On May 11, my colleagues at NAM will release another groundbreaking report on how the profession of nursing can help the United States make progress in the long struggle for health equity. As the staggering racial inequality in COVID-19 deaths reminds us, this is an essential topic for the future of justice in our nation.

The new report, The Future of Nursing 2020-2030: Charting a Path to Achieve Health Equity, will also serve as an essential guide to the development of the nursing profession. All the goals pursued by the Future of Nursing: Campaign for Action — improved access to care, enhanced education for nurses, and more — have their origins in the 2010 report The Future of Nursing: Leading Change, Advancing Health. The new report will advance new goals that build on the themes of the first, while also providing new context for the achievements of the Campaign centered around health equity. (The Campaign is an initiative of AARP Foundation, AARP and the Robert Wood Johnson Foundation. RWJF is the sponsor of the forthcoming report.)

Because their potential impact is so great, NAM consensus studies are produced through a special process designed to ensure their authority and objectivity. The process that informs consensus studies generally take a few years and involves several distinct elements: public events, original research, and committee deliberations. Here are just a few examples of how these elements have informed the upcoming report.

Fitting its role as a national institution, NAM holds meetings across the country where the public is invited to weigh in on the topics being discussed. For the Future of Nursing report, open sessions were held in Chicago, Philadelphia, and Seattle. Topics addressed included social determinants of health, the role of the nursing workforce in complex systems, and technology’s role in achieving health equity. An additional session was also added to consider the impact of the COVID-19 pandemic. I was so grateful to the nurses and “nurse champions” from across the nation who contributed to these conversations.

Each of these sessions included lively conversations, many of which were summarized on the Campaign for Action blog. For example, at the Chicago session, participants reckoned with the 16-year gap in life expectancy between the city’s most affluent and most disadvantaged neighborhoods. Rush University Professor Susan Swider, PhD, PHNA-BC, FAAN, challenged attendees to “go big or go home” when it came to integrating health equity into nursing education, arguing that every registered nurse should be able to perform basic social needs assessments.

The conversation from each session also continued on Twitter, drawing in nurses from across the country. These discussions can still be accessed by searching for #2030NursingChat on Twitter.

The committee behind the consensus report is charged with considering all relevant scientific research on the topic at hand based on a scope of task developed by the sponsor, in this case, Robert Wood Johnson Foundation. But a special aspect of the NAM process is the way in which outside groups generate original research to inform the report. These documents and all written material provided to the committee by outside sources is maintained in a public file for examination.

Here are some of the pieces of original research that were supported by RWJF:

But in the end, it all comes down to the committee charged with deliberating on a set of recommendations and conveying the text around their recommendations. This group is carefully selected to represent a balance of various kinds of expertise and points of view.

As a Senior Scholar in Residence at NAM, my primary responsibility was this report and all the activities surrounding the report as described above.  I was privileged to work with the committee, including some of the nation’s leading nurses, physicians, a lawyers, a few academics, and other public health experts. We have been guided by our co-chairs: Mary K. Wakefield, PhD, RN, FAAN, who holds a number of academic posts and previously served as Acting Deputy Secretary of the U.S. Department of Health and Human Services, and David R. Williams, PhD, MPH, of Harvard’s T. H. Chan School of Public Health, an internationally renowned expert in health equity.

After the committee has reached its conclusions, the report goes through a rigorous internal and external review process.  Up to a few dozen experts in the field engage in the external review of the report guide by a specially chosen external coordinator. Like the entire process, this review is designed to ensure the scientific integrity of the findings.

Finally, once the review is complete and all committee members have signed off on the report, it is released to the public — as this report will be very soon. Not all reports have the resources to engage in a full blown dissemination process, but both Future of Nursing reports benefited from these additional resources.  In this case the staff and I have been able to work with a major communication firm on the development of tool kits, ops eds, an infographic, webinars, speaking engagements, thematic one pagers, and more, all meant to further the engagement of the field and adoption of the recommendations. I am so excited to share everything we have learned about health equity and the future of nursing. Stay tuned for a series of blogs on the finding and recommendations in this report, and what nurse experts and others think it means about health equity and the future of nursing. 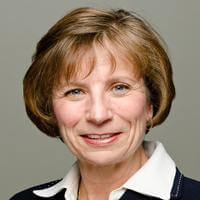 Susan Hassmiller is the Robert Wood Johnson Foundation senior advisor for nursing and director of the Campaign for Action. She is also the National Academy of Medicine senior scholar-in-residence and senior adviser to the president on nursing.