The Great American Smokeout Is for Nurses, Too 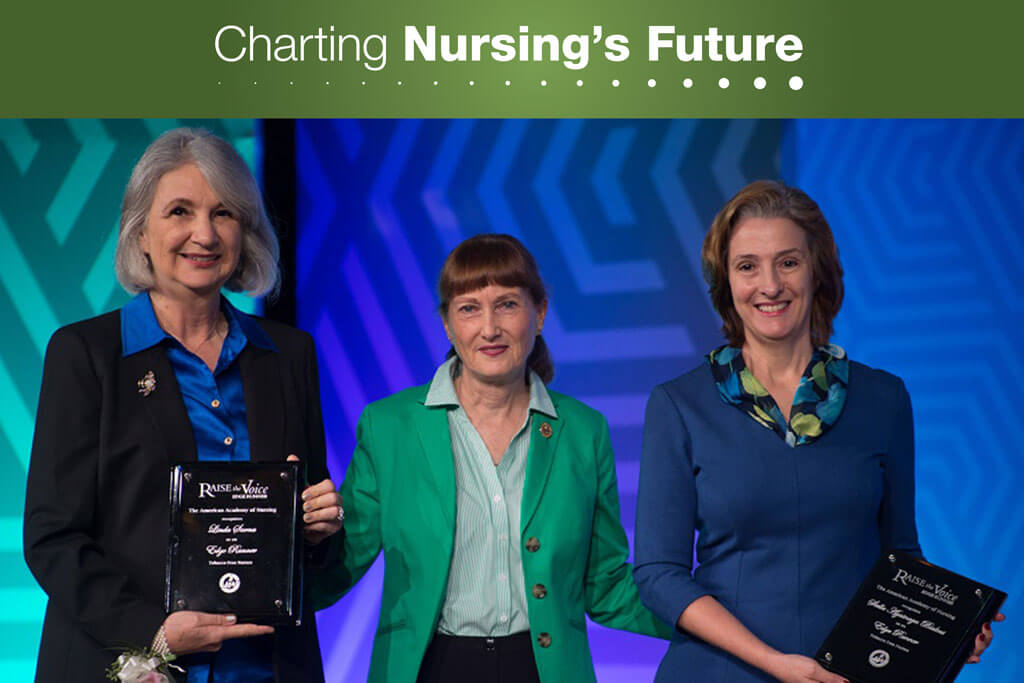 Tobacco use remains the leading cause of preventable death worldwide. Yet here in the United States, 36.5 million adults are smokers, including approximately 7 percent of registered nurses (RNs) and 25 percent of licensed practical nurses (LPNs).

Ironically, much of what we now know about the harmful effects of tobacco comes from the Nurses’ Health Study, one of the largest investigations into women’s risk factors for chronic disease. That fact fuels the work of Linda Sarna, PhD, RN, FAAN, and Stella Aguinaga Bialous, DrPH, RN, FAAN, both of whom have spent the bulk of their careers helping nurses—and others—quit smoking. “We feel we owe it to our nursing colleagues who suffered and died, frankly, of tobacco use before we knew how harmful it was,” Sarna says.

In 2003, Sarna and Bialous received funding from the Robert Wood Johnson Foundation to create Tobacco Free Nurses, the first national program to help nurses stop smoking and help their patients do the same. Nearly a decade and a half later, much progress has been made, but many nurses continue to smoke, and the percentage of smokers among LPNs significantly exceeds the national average.

Thursday, Nov. 16 marks the American Cancer Society’s Great American Smokeout.  In honor of this annual event, here are four facts to help you understand (and assist) nurses who smoke.

#1: Nurses are not immune to tobacco addiction.

Like most American adults, nurses know the health risks of smoking. But understanding the impact of tobacco on the body doesn’t make it any easier to quit.

“Nurses, by and large, do want to quit, just like the rest of the smoking population in the country,” Bialous says. “But nurses have some of the same misconceptions regarding nicotine addiction as the general public.” Nicotine affects the brain in very powerful ways, and quitting isn’t easy.

#2: Most nurses who smoke started before becoming nurses.

Most decisions to use tobacco are made at a young age. Schools of nursing are uniquely positioned to help nursing students establish healthy, tobacco-free lifestyles. These interactions can—and should—include support of smoking cessation efforts.

Bialous and Sarna worked with the American Academy of Nursing and the American Association of Colleges of Nursing to develop a Smoke- and Tobacco-Free Schools of Nursing Tool Kit. The toolkit includes a letter that can be sent out to incoming nursing students to welcome them to the profession. The letter emphasizes the importance of self-care and includes links to smoking cessation resources.

#3: Nurses who use tobacco need support, not judgement.

Employers and co-workers can help by providing social and logistical support. Nurses who smoke, for instance, are interested in workplace smoking cessation programs, but may not want or be able to stay after their shifts to participate. Employers can facilitate nurses’ efforts to quit by scheduling stop-smoking programs during meal breaks—and giving nurses the time to attend.

Nonsmoking co-workers can help by learning more about addiction and smoking cessation, and demonstrating understanding of the challenges faced by colleagues attempting to quit. When someone is irritable because they are trying to quit, compassion and verbal support are much more helpful than blaming, withdrawal, or resentment, says Bialous.

Since Tobacco Free Nurses launched in 2003, there has been a 36 percent decline in the prevalence of smoking among registered nurses. There has also been a proliferation of tools known to help smokers quit, including nicotine replacement therapies, prescription medication, and interactive apps and text messaging programs. Free resources include: