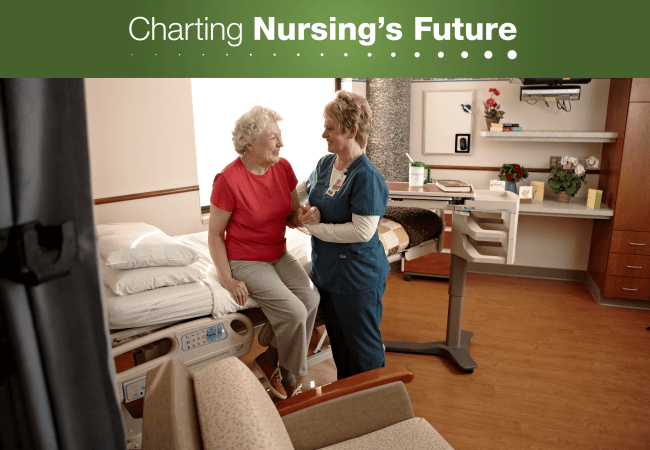 Health care has a problem: a nursing workforce shortage that has loomed over the profession for more than a decade. In the face of this challenge, Judy Boerger, MSN, MBA, chief nursing executive and senior vice president at Parkview Health in Fort Wayne, Ind., came up with a novel idea: the emeritus nurse (E-RN), a retirement-aged nurse who takes on limited nursing responsibilities.

Like most nurse executives, Boerger was acutely aware that the U.S. Bureau of Labor Statistics had predicted 12 percent employment growth for nurses (to more than 3 million jobs) between 2018 and 2028. She also knew an estimated 1 million baby boomer nurses would retire during this same period, taking their knowledge and experience with them. Eager to preserve the culture of high-quality nursing that existed at Parkview’s seven Magnet® hospitals—a credential which signals excellence in nursing—Boerger decided to turn the rising number of retirement-aged nurses from a problem into a solution, and in 2016 launched the E-RN program.

“I did not need to look too far into my crystal ball to know we would need these experienced nurses,” she says. To retain their expertise, Boerger opted to allow nurses to phase into retirement by working fewer and more flexible hours in less physically demanding roles. She hoped the presence of knowledgeable E-RNs in the workforce would also provide a support structure for new nurses who experience high turnover rates (one in five new hires leaves their first nursing job in the first year).

To kick off the program, Boerger and her team contacted nurses who had retired in the previous three years to assess interest in returning to work. Approximately 45 nurses responded. They said they missed working with patients and with their peers but couldn’t manage the 12-hour shifts. 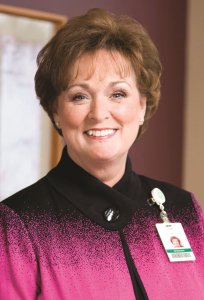 In the first phase of the program, Boerger hired 21 previously retired nurses. Each attended the hospital’s new-hire simulation orientation to ensure current knowledge of such things as fall precautions, new technology, and board standards of practice. Each E-RN was required to work a minimum of four hours in every two-week pay period. Functional roles centered around mentorship, quality of care, and patient experience and flow. In these capacities, the first cohort of E-RNs participated in mentoring, education, lunch coverage, discharge calls, rounding, and auditing. A survey conducted six months after the program began showed high levels of satisfaction among the E-RNs, who said they would recommend the program to other retired nurses.

Parkview Health’s E-RN program has since grown to 40 nurses, with many recent additions transitioning straight into emeritus roles. “They don’t officially retire,” says Boerger, who explains that this has enabled the hospital to back off on simulation orientation for E-RNs, a change that saves $2,500 per nurse.

One area where E-RNs have been particularly helpful is in making discharge calls. Boerger points to one E-RN who assists with daily rounds and makes discharge calls on a surgical unit, resulting in a 26 percent increase in patient satisfaction on that unit. Boerger says, “Patients appreciate hearing from the nurses that rounded on them and who remember personal things like whether they have grandchildren. It fosters a sense of security because patients have someone who knows them and their plan of care.”

Boerger describes the program as a win-win. “With flexible hours, the nurses can rejoin the work and community they missed, and we can retain their clinical expertise.” She added, “Novice nurses like the program, too, because it provides another less-threatening expert to go to, someone who isn’t a manager or a preceptor.” The success of the program for novice nurses is also evident in a significantly reduced first-year turnover rate at Parkview, which produced savings that were more than enough to cover E-RN program costs. 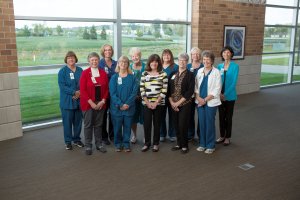 Workforce shortages, high turnover rates, and the exodus of boomer nurses from the workforce threaten the ability of health systems to care for the sick and achieve their long-term goal of improving population health. Boerger understood this and saw a solution. “There is an experience-complexity gap [in the ability of the nursing workforce] because of retirements, and we think our E-RNs can help fill that gap,” she says. “They can walk down the hall and sense when things are not right. They can see the nurse who is ready to go over the edge and offer help.” She adds that the program benefits the hospital as well. “Having E-RNs to do discharge planning, do rounds with patients, and ensure patients understand their medication goes a long way to preventing readmission and improving the health of the population we serve.”