Projecting RN Supply “Not for the Faint-Hearted” 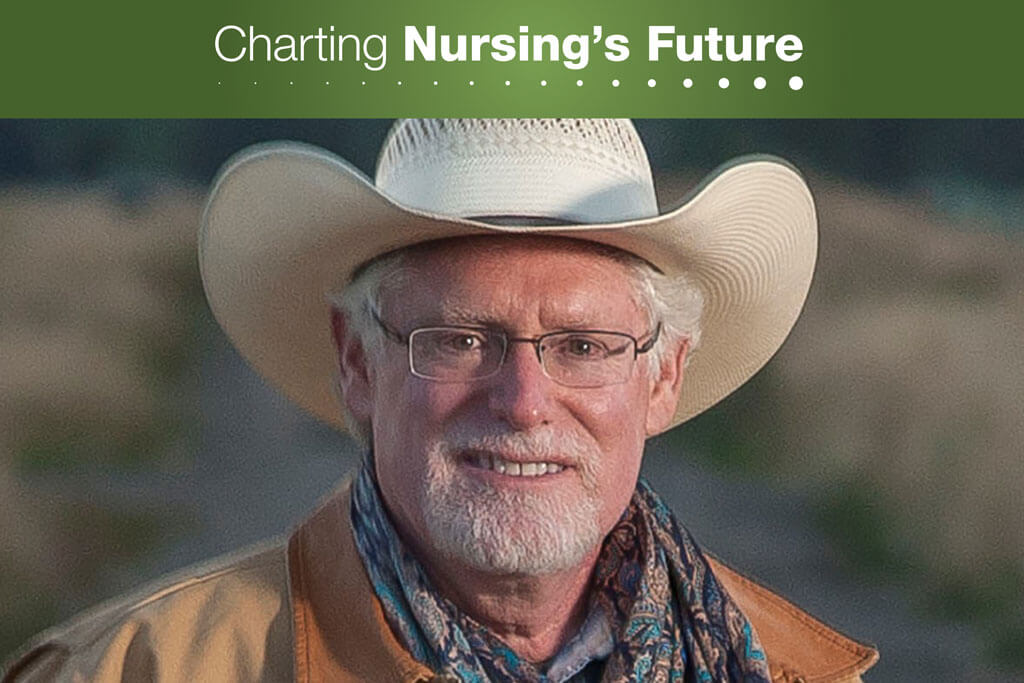 Peter Buerhaus, PhD, RN, FAAN, and his colleagues at Montana State University College of Nursing conduct research that policymakers can use to ensure an adequate supply of nurses.

A 2017 report from the Health Resources and Services Administration (HRSA) at the United States Department of Health and Human Services seems to answer, “Yes.”  The report suggests that registered nurse (RN) supply and demand is pretty much in balance right now, and that a nationwide surplus of almost 300,000 RNs could occur by 2030, despite substantial shortages in a handful of states.

But not everyone is so sanguine. Why? Because calculating RN supply and demand is every bit as complex as you might suspect.

Even renowned nurse economist Peter Buerhaus, PhD, RN, FAAN, says, “Projecting the supply of nurses is not for the faint-hearted.” Buerhaus should know. For the past two decades, he has been looking at the numbers and developing models to help workforce planners and other policymakers ensure that the supply of RNs is adequate to meet the nation’s health care needs. His turn-of-the-century prediction that the retirements of baby-boomer nurses would leave the nation half a million nurses short by 2020 spurred the launch of several initiatives that encouraged millennials to pursue nursing careers in large numbers, staving off a workforce crisis.

Earlier this month, Charting Nursing’s Future (CNF) spoke to Buerhaus, now professor of nursing and director of the Center for Interdisciplinary Health Workforce Studies at Montana State University College of Nursing, to get his read on the HRSA projections and the future supply of nurses.

CNF: HRSA made a number of assumptions in projecting the nursing workforce. The first was that the workforce was in balance in 2014. Do you agree?

Buerhaus: In some areas of the country, the workforce is out of balance, but I would agree that overall, nationally, the market was in relative balance in 2014. Right now, nurses are accepting the wages employers are offering, but I’m watching the labor markets closely. Employers are under pressure to keep costs down, and since nurses make up a large portion of the operating costs of hospitals, there will be pressure to keep their wages from increasing too much. This could discourage people from becoming nurses and drive down supply.

CNF: The number of nursing school graduates taking the NCLEX-RN licensure exam doubled between 2003 and 2013, but it was constant from 2013 to 2016. Do you expect the growth in the nursing workforce to continue or to level off?

Buerhaus: In 2002, Johnson & Johnson started the Campaign for Nursing’s Future, which was particularly influential in encouraging millennials to pursue nursing careers. At the time, about 70,000 nurses a year were entering the workforce. That number is close to 220,000 today, but that growth can’t go on forever. We’ll reach a saturation point.

Our team at the Center for Interdisciplinary Health Workforce Studies talks about this almost every week. We think we may be at the top of a plateau, and that the number of new nurses may be starting to drift down.

CNF: How do you go about estimating growth in the supply of nurses?

Buerhaus: We break the country into the nine census regions and look at three factors:

When we put these factors together, we estimate that the RN workforce is growing very slowly in some areas (especially the New England and Pacific regions) and growing very fast in others (especially the South Central regions). So even though we are projecting that we will be able to replace the baby-boomer workforce with millennials by 2030, the growth of the RN workforce across the country will be uneven.

CNF: The HRSA study also estimated demand for RNs. To start, the researchers assumed that graduation rates, workforce participation, health care delivery, and rates of health care utilization would remain the same until 2030. Given ongoing change and uncertainty about the future, how reliable are these projections?

Buerhaus: I have enormous respect for my colleagues at HRSA, but so many factors affecting demand are in constant flux that it’s difficult to estimate the demand side accurately. When you put the HRSA report’s demand projections up against its supply projections, you get the sense that there will be a surplus of nurses downstream. That might occur, but if people hear that a surplus is expected, they may decide not to go into nursing, which could lead to the development of a nurse shortage.

CNF: So what do you want policymakers, nurses, and consumers to know about the future of the nursing workforce?

Buerhaus: Unless something really dramatic happens—such as a prolonged recession, or health care reforms that alter the landscape in unforeseen ways—it looks as though there will be relative balance between RN supply and demand in the short term. But from 2020 to 2025, I start to get worried.

First, at that time, the baby boomers will be surging into Medicare, and we know that people over the age of 65 have multiple chronic conditions and spend three to four times more on health care than younger people. That will increase both the demand for nurses and the complexity and intensity of care required.

Second, physician shortages are already here and are projected to worsen, so nurses—RNs, as well as advanced practice registered nurses—will be called upon to provide more care.

Third, the adoption of value-based payment means that employers’ financial health will depend on whether they are producing good outcomes and controlling costs. That means nurses also will be under pressure to produce high-value care. All those factors come together by 2025.

CNF: What advice do you have for state policymakers and nursing education programs that are considering reducing slots in nursing programs in anticipation of a nursing surplus?

Buerhaus: Don’t do that! There are way too many uncertainties that could blow any projected surplus away. This is a good time for educators and employers to invest in better nurse preparation and for states to invest in their workforce commissions.