Population Health in Nursing and the Response to COVID-19 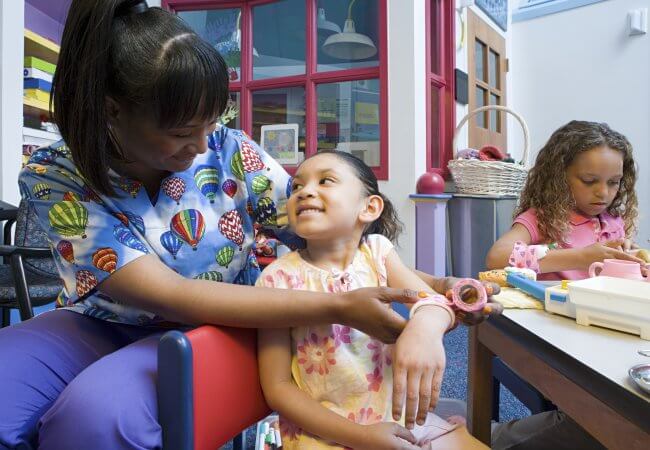 Nurses across America are feeling challenged by the events of this year — most especially by the COVID-19 pandemic. But nurses also offer resources and solutions in these crises that no one else can. Working across the spectrum of care, our profession has perspective on the needs of patients, populations, and the system as a whole — a much-needed unifying view in these divisive times.

In the coming weeks, we’ll be using this space to share that perspective as it has been developed by our Population Health in Nursing (PHIN) team. This group’s work is funded by the Robert Wood Johnson Foundation (RWJF) and grew out of previous foundation-sponsored research on the profession’s ability to address unmet social needs. Over the next few weeks, they’ll be sharing insights on population health, nursing, and the response to COVID-19.

The PHIN team’s expertise is based on a two-phase study that began in 2018. The full text of the study’s reports can be found here, but we thought we would provide a brief summary to give context to the upcoming posts.

In the first stage of the PHIN study, the team explored how population health is taught in nursing schools. The team initially collected data using a 26-question survey answered by an array of nurses and health professionals from many different backgrounds. Additional in-depth interviews were conducted with 26 leaders in nursing and public health. Finally, the team conducted six site visits to nursing schools to learn more about their models for teaching population health. In the resulting report, “Nursing Education and the Path to Population Health Improvement,” the group shared a list of necessary elements to better integrate population health into nursing education. In particular, they emphasized the need for mutually beneficial academic-practice partnerships.

In the second stage of the PHIN study, the team turned their attention to the many settings where population health is practiced by nurses. Determined to look beyond traditional clinical and public health settings, the team worked with RWJF to assemble a summit of thought leaders in population health and nursing. These leaders encouraged the team to investigate platforms for interdisciplinary collaboration and improved engagement with marginalized communities. The team once again used in-depth interviews and site visits to learn more — not just about what nurses are doing now, but about their potential roles in community settings. In the resulting report, “Population Health Models and the Profession of Nursing,” the team shared several different ways in which these relationships could work. Their conclusions emphasized the need for nurses to understand other social systems and collaborate with professionals who can help them improve health within those systems.

Finally, after completing the two research phases of the project, the PHIN team released “Population Health and the Future of Nursing Conclusions,” in which they reflected on the meaning of their findings. The team argued that by taking responsibility for the problem of social needs assessment across the care continuum, the profession of nursing can assume a central role in new population health efforts and enhance the well-being of all. The report also made the case for innovation in nursing while acknowledging that nurses have been advancing the field of population health since the days of Florence Nightingale.

The COVID-19 epidemic in the United States began shortly after the PHIN team finished their work. Since then, they have continued to meet and advise the Campaign for Action on what their findings mean for nurses during the pandemic. Those discussions form the basis of the posts they will share here. These short articles will address the role nurses can play in social needs assessment in the pandemic, changing needs for data and technology skills, the need for adaptable academic-practice partnerships, and ongoing challenges for nurse leadership during the crisis. We look forward to the PHIN team’s thoughts and the discussions they will inspire.

Hassmiller  is the senior adviser for nursing at the Robert Wood Johnson Foundation, and the director of the Future of Nursing: Campaign for Action.