Population Health Matters More Than Ever Before 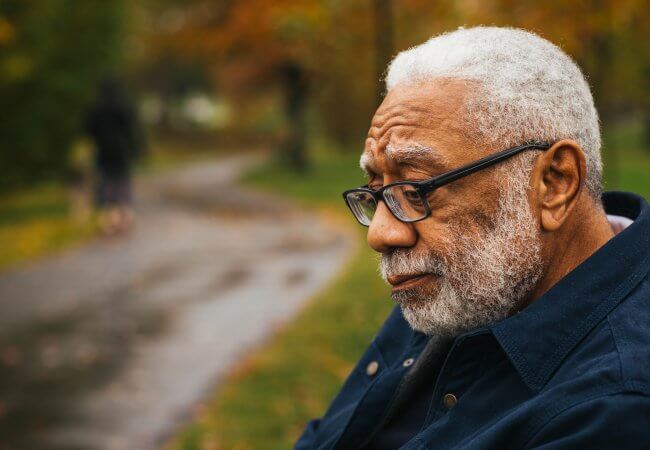 For the past several years, my colleagues and I have been conducting research in the future of population health in nursing. Much of our research has concerned questions like how nurses can better understand social systems and entrenched inequality. We were especially interested in the role nurses could play in pursuing the famous “Triple Aim” — improving patient experiences and increasing the health of populations while also sustainably reducing costs.

When the COVID-19 crisis first erupted, I think it’s safe to say that we all initially questioned the relevance of our work. This frightening pathogen and the drastic public health measures necessary to fight it seemed so different from the conversations we were having about primary care, chronic conditions, and reducing costs over patients’ lifespans.

However, as the inequalities unleashed by this disease become more and more evident, our views began to change. Now it is clear that population health issues are even more relevant than they were before the pandemic, not less. And we are more determined than ever to enhance nurses’ ability to address them.

In the early days of the pandemic, many of us wondered if it would be a “great equalizer” in our stratified society. But that is only true in the most narrow biological sense (since no one had pre-existing immunity to the disease). Now it is abundantly clear that the same factors that led to differences in life expectancy in the American population before the pandemic are also driving differences in mortality now.

Dozens of these social determinants of health are relevant to the COVID-19 pandemic, from homelessness to immigration status to social isolation. But let’s take a moment to examine one of the most important in detail: structural racism.

Before COVID-19, structural racism was already a driving force behind the most important social determinants of health. African-Americans in particular faced unique health challenges regardless of socioeconomic status.

Traditionally Black neighborhoods often lack the health infrastructure of white neighborhoods. Black mothers and children are more likely to die during childbirth, even when all other explanatory factors are controlled for. The lifelong stressors of racial prejudice have been shown to cause higher blood pressure and other chronic conditions. All of these problems occurred in addition to the poverty and violence that are the legacy of centuries of anti-Black racism in the United States.

In the time of the pandemic, some of the chronic health issues disproportionately faced by African-Americans, like hypertension, diabetes and heart disease, might seem to be less urgent than stopping the spread of the virus. But in fact, the structural inequalities that were already shortening Black lives are also making them more susceptible to COVID-19, worsening the pandemic overall.

Majority Black counties are seeing four times the number of deaths from the disease than other counties. Many of the chronic conditions African-Americans were already experiencing due to structural inequalities are now making them more likely to die when they contract this virus. Inadequate infrastructure in Black neighborhoods also impairs people’s ability to take action in response to the disease. For example, the companies initially chosen by the federal government as partners in drive-thru testing services have few locations in Black neighborhoods. African-Americans are more likely to rely on public transit and to be essential workers, increasing their exposure to the virus in the absence of alternative ways of getting around.

Similar stories could be told about many other groups affected by health inequities, from undocumented immigrants to residents of rural America. Recent weeks have brought attention to the health crisis facing Native Americans; for example, the Navajo Nation is dealing with one of the worst outbreaks in the country with far fewer medical resources than many other regions. In this way, the same population health factors that have been on the minds of nurses these past few years — race, economic inequality, infrastructure, access to care, and more — have appeared in new forms as we deal with the virus. Nurses need an agenda to help them confront these problems as much as they ever did.

In the weeks to come, we will be exploring elements of that agenda, from how we can improve assessment of social needs data to how we can more effectively organize nurses to make a difference. But to wrap up this post, I want to discuss another development we never expected when this work began: the unexpected awakening about anti-Black racism that has occurred in this country over the past weeks.

As professionals who care for the human body, nurses are painfully aware of the words George Floyd said as he died: “I can’t breathe.” Many immediately connected those words to the bodily suffering of patients we have seen in the past as well as to the disproportionate Black death toll from this terrible respiratory virus. The compassion of nurses cries out in response to this pain and injustice.

Despite challenges of personal safety and social distancing, nurses of all backgrounds all over the country have expressed their outrage over Floyd’s death and the systematic racism it represents. Many of us are now also thinking about how to apply a new spirit of anti-racism in our own practice so we can save more lives. While many of us may express it at the bedsides of patients rather than out in the streets, we are also determined to demonstrate that Black Lives Matter. This too is part of the work of population health, and we are grateful we can apply our training. 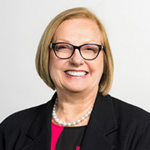 Patricia A, Polansky, RN, MS, is the director of Program Development and Implementation at the Center to Champion Nursing in America.