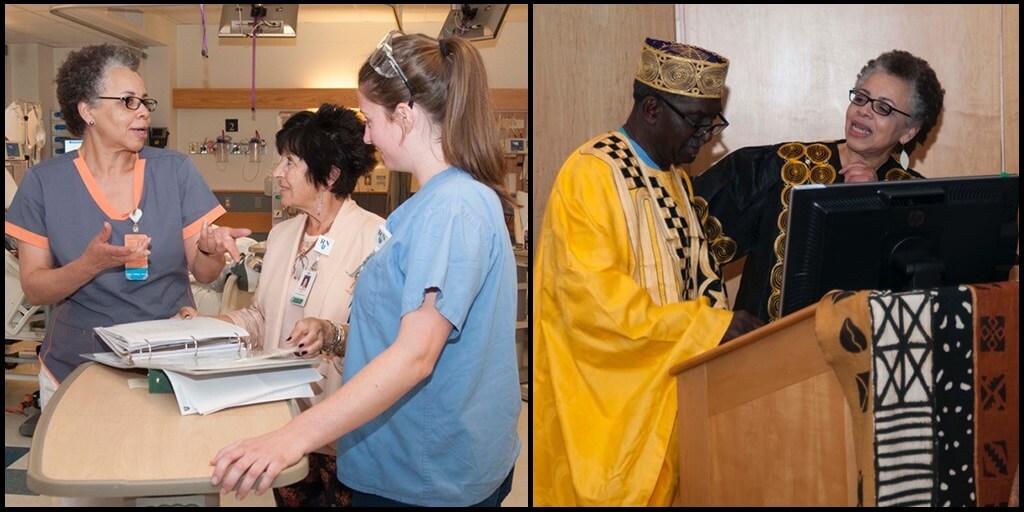 Deborah Washington, PhD, RN, MS, is director of diversity for nursing and patient care services at Massachusetts General Hospital (MGH), a role she has held since 1995. A national leader on diversity in nursing, she is also co-chair of the Campaign’s Diversity Steering Committee, which supports the Campaign in its work to help prepare the nursing field to meet the needs of an increasingly diverse population.

Among her many noteworthy accomplishments, Dr. Washington helped to co-design the first culturally competent care curriculum at MGH, a program that is designed to ensure that patient- and family-centered care is provided to everyone who enters the hospital’s doors. She also helped to establish the organization’s African American Pinning Ceremony, an event that celebrates the contributions of black employees. She has received numerous awards for her work.

Why did you decide to become a nurse?
I worked as a volunteer at a nursing home, where I had the chance to assist resident-patients and nurses in various ways. I saw firsthand the difference a nurse made to them without a physician on the premises, and this inspired me to become a nurse myself.

Can you describe the journey you went on to get from that decision to where you are today?
I knew I wanted to apply to nursing school, but it was a question of affordability. At the time, I was lucky enough to be working at a full-time job that had a very generous tuition reimbursement plan, and I was given a flexible work schedule that allowed me to work and go to school at the same time. 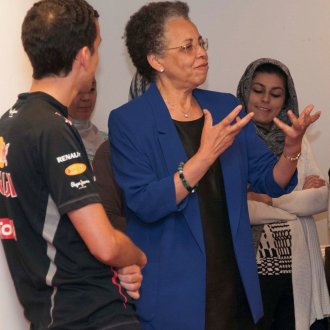 Washington speaks at a forum on diversity issues.

What impact did the Institute of Medicine’s Future of Nursing report have on you?
The report opened my eyes to the larger role nursing had in health care, beyond my experience at the bedside. It also made me aware of the impact nursing needed to have in the future on an improved healthcare system with expanded access for patients.

How have you been involved with the Campaign for Action?
I am one of the national co-leads of the Campaign’s Diversity Steering Committee. In this role, we serve as a resource to the state Action Coalitions as they seek to respond in solid and momentum-building ways to meet the IOM’s recommendation to bring more diversity to nursing.

Of all you have accomplished, what are you most proud of?
I’m most proud of my role with the Diversity Steering Committee, because through the state Action Coalitions we are working to make sure that the nursing profession reflects the diversity of the communities we serve and that all Americans, regardless of their characteristics or background, have access to high-quality, patient centered care in a system where nurses are contributing as essential partners in achieving success.

What is the most important action that nurses can take to lead the way to improve health and health care in America?
I believe strongly in the concepts of community engagement and the Culture of Health that have been put into the spotlight by the Robert Wood Johnson Foundation. I also believe that communities should be more involved in shaping their own destinies when it comes to issues like the social determinants of health.

What advice do you have for the next generation?
Go out and teach the community about how the health care system works. Once the general public better understands how their circumstances are shaped and influenced by things like having access to healthy foods, the health care delivery system, transportation, education, housing, etc., then we’ll have a stronger partnership with community members that will help to bring the improvements we so badly want to see in the health and wellbeing of patients and families. 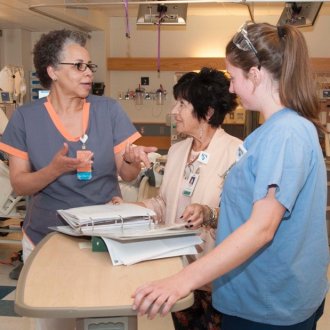 Washington (second row, 7th from the right) celebrates Iftar, the evening meal Muslims eat to end their daily fast during Ramadan, with colleagues at MGH. 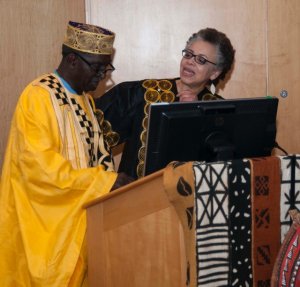