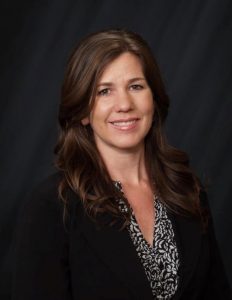 early a quarter of the nation’s veterans have a hard time getting health care because they live far from providers, according to the U.S. Department of Veterans Affairs—a problem of particular concern because often veterans have health needs related to military service. Cindi Warburton, DNP, FNP-C, is one of two nurses recently profiled by Nurse.com who is taking steps see that nurses in rural areas know of this often quiet need.

Warburton’s effort to build a healthier community is focused on female veterans. As part of her doctoral clinical inquiry project, Warburton interviewed women veterans and community providers in central Oregon. That is how she came to create a series of guiding questions that could help providers learn more about those who sought their care—questions beyond simply asking, “Are you a veteran?” Warburton coordinates now with community clinicians in Bend, Oregon, who might treat veterans yet not realize how specific a veteran’s needs can be.

As a 2013 Robert Wood Johnson Foundation Jonas Scholar, Warburton contributes to the Oregon Action Coalition’s leadership group with a focus on getting more nurses on boards.

In addition to working as a nurse practitioner in an urgent care clinic and managing an emergency department, Warburton remains keenly interested connecting women veterans with the specialized services the VA provides, and understanding how they support each other. Women veterans tend to be overlooked and underserved, says Warburton, and community health providers play an important role in identifying and connecting veterans to the services that can help them best. In 2014 Warburton’s passion led her to give testimony to the state’s committee on veterans’ services that succeeded in expanding research on how to improve women veterans access to health care in rural areas.