Nurse Leaders Inspired Her to Be a Nurse Champion 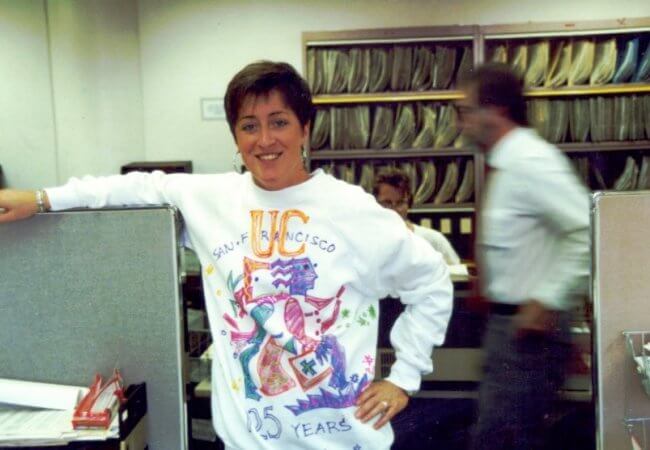 Mary Dickow in her first year at USCF, in the Controller’s Office.

Mary Dickow, MPA, FAAN, is statewide director of the California Action Coalition and a national voice in leadership development for nurses and on leadership in health care. Dickow also serves as a program director with HealthImpact, California’s nursing workforce center, and as director of strategic initiatives at the Organization for Associate Degree Nursing. She has a long history working with the University of California, San Francisco including 15 years with Healthforce Center at UCSF, where she served as the deputy director for the Robert Wood Johnson Foundation Executive Nurse Fellows program.

You are a staunch advocate of the nursing profession. Why did you decide to become involved in the field?

My path, to say the least, was indirect. I can’t even say it’s because my mother was a nurse, though she was my first nurse. But truly, my sense of curiosity is what led to where I am today. I have been extremely lucky in meeting people who became mentors who saw potential in me, simply because I ask questions. 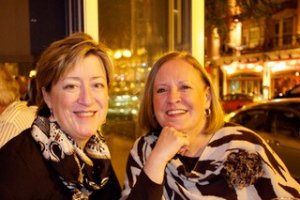 Dickow several years ago with Janis Bellack, PhD, RN, FAAN. Bellack, says Dickow, has been a steadfast mentor since they first met.

In short: I was at the University of California in San Francisco, at jobs that initially offered great benefits but were unrelated to nursing. At one point, one of my UCSF jobs had me talking with health researchers who had earned grants. I was fascinated enough by reading their findings, and asking them questions, that I was hired to assist on behalf of the researchers themselves.

In 1997, I had the good fortune of being recruited to work with the Robert Wood Johnson Executive Nurse Fellows Program. Over the course of that program, I learned so much about the profession through engagement with nurse leaders from across the country. I was fortunate to have been mentored by senior nurse leaders who inspired me to do more.

I would not be where I am today, at HealthImpact and the Organization for Associate Degree Nursing, if not for those incredible nurses. They encouraged me to further my education and provided constant feedback. As I learned more about them and the profession, I had a greater understanding of the value of my role as a non-nurse advocate.

In 2011, I took a leap of faith and left a 27-year position at the University of California, San Francisco to be part of the California Action Coalition. It was the most frightening and rewarding thing I have ever done. Armed with the recommendations from the report, I was inspired to lead efforts to build our Coalition and develop partnerships across the state and nation.

From the launch meeting in 2010 until today, I have been actively working with the Campaign for Action. I have served as the statewide director for the California Action Coalition and on a variety of committees at the national level. 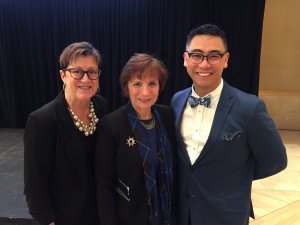 I am most proud of my role as a champion for the profession. It is not always easy, but I am certainly passionate about nurses and the roles they play in the health of our nation. In 2014, I was inducted as an honorary fellow in the American Academy of Nursing for my advocacy. As one of two non-nurses to be inducted that year, I still feel honored to have been recognized by my nursing peers.

Nursing needs to step up and be present at every decision-making table. It will take strong leaders to change health care in this country and nurses are uniquely qualified to lead that charge. The nursing voice is critical in creating healthier communities and ensuring equitable access to care.

What advice do you have for the next generation?

As I tell students, and as my own unorthodox start in this tremendous profession shows, each of us has a path, and reasons for wanting or doing something that may or may not get in the way of our jobs, families, whatever. But for everyone, my advice is to get involved. Join your professional organizations and serve where you can. Find a mentor and dare to lead. We need all of you. Understand that we all have a responsibility to those that we serve to use our voices to ensure they live healthier and more productive lives. Nursing makes that difference!