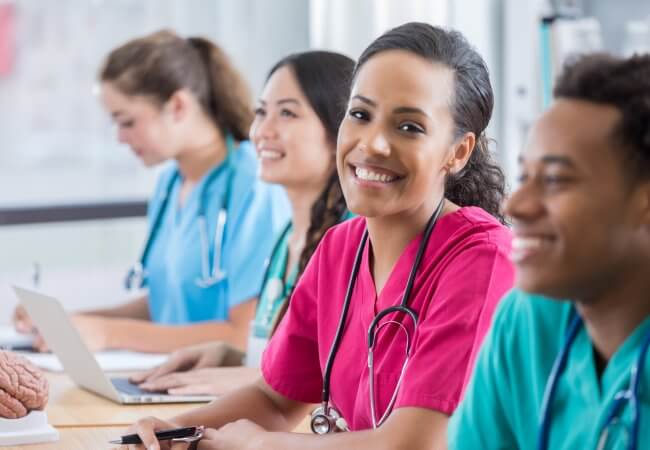 Newly released data from the 2018 National Sample Survey of Registered Nurses (NSSRN), the longest running survey of registered nurses in the U.S., shows nursing is more diverse and better educated than a decade ago. A brief summary of findings were published in mid-January.

Conducted by the Health Services Resources and Services Administration (HRSA), the NSSRN is considered the “gold standard” for nursing workforce data (Auerbach, Staiger, Muench, & Buerhaus, 2012). It was last conducted in 2008.  Data from the NSSRN surveys are available for download.

The findings show nurses are more diverse today in race, ethnicity and gender than in 2008.

Adapted from 2018 NSSRN Summary Report Figure 2 Distribution of RNs by Race and Ethnicity (page 5 of 13) and the 2008 NSSRN Findings Figure 7-5 Distribution of registered nurses and the U.S. population, by racial/ethnic background (page 181 of 359).