How to put people first in the new year 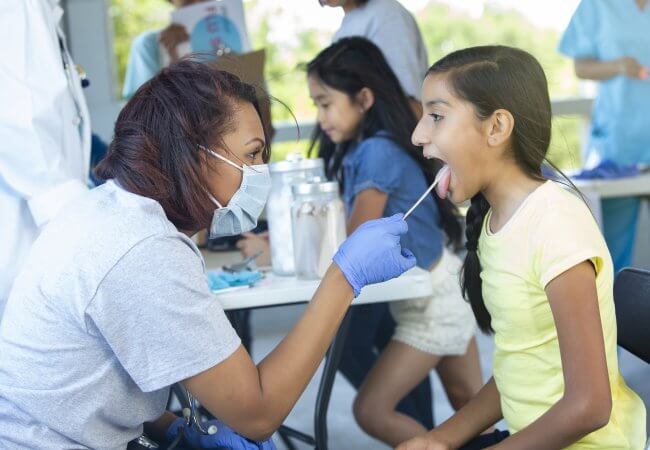 The most visible signs of that hope are the vaccines currently being received by nurses, physicians, and other frontline workers across the country. For our overtaxed care providers, this is a much-needed respite after a year that taxed their bodies and souls.

Yet when you listen to the remarks of health professionals after receiving the vaccine, they don’t talk about themselves. They talk about the people they care for — the ones who have died, the ones they have saved, and the ones who they will be empowered to help in the future. They measure their success in people.

These values should inspire us as much as caregivers’ many hours at the bedside do. The COVID-19 pandemic has challenged the leadership of all our institutions. As we slowly give ourselves permission to imagine a world without social distancing and quarantine, we should also imagine how our institutions can put people first in new ways too.

Over the past few years, I’ve been in search of such models along with my colleagues on Future of Nursing: Campaign for Action’s Population Health in Nursing (PHIN) team. The Campaign is an initiative of AARP Foundation, AARP and the Robert Wood Johnson Foundation.

Of course, the nursing tradition has a long legacy of “putting people first” — the concept of seeing patients as whole persons is one of the foundations of our profession. But this inquiry taught me that there are many models we can learn from outside our profession, outside the health care field, and outside the usual conventions that govern our institutions.

As we look forward to the new year, I thought I’d share a few principles we discovered for “putting people first” in all our institutions. I’ve included some quotes from informants of our work (anonymous due to the research method, which you can learn more about here if you’d like). I offer them in the spirit of new year’s resolutions as we all think about how to rebuild after a terrible year.

Everything starts with a common purpose

Some of the population health projects we observed were the result of community organizing processes. Others were the result of health care system leaders asking how they could provide services more efficiently. But no matter how the project originated, our interviewees described a moment of rallying all of the relevant stakeholders around one big goal or need in the community being served.

“All of the partners need an alignment of goals and objectives, no matter if it’s just two partners or 10 partners,” one of our interviewees told us. “They need to understand each other’s pain points. … We’re going to be asking them to do something different in their community to take advantage of the fact that we’ve got all of these partners here. And that may make their lives a little less efficient in some ways, but we think the lack of efficiency will be more than made up for from better outcomes for kids and adults.”

No one entity should dominate the conversation

People in the health care system are used to making decisions based on the authority of science. And as we nurses know well, clinical instructions need to be followed with extreme precision when a misplaced decimal point can mean the difference between life and death.
As we explored efforts to improve population health, though, many clinicians told us how they needed to open themselves up to other ways of seeing and talking about problems, particularly when addressing problems none of the clinicians have experienced personally.

“We need to understand each other’s vocabulary and language,” one leader we interviewed said. “Doctors often think that public housing works one way, but it may be really important to understand that it does not. There is absolutely no match, for example, between Medicaid income eligibility and housing income eligibility. That leads to silly assumptions like the idea that you can just plop a clinic into a low-income housing site and that’s a marriage made in heaven.”

Trust is essential and needs to be built intentionally

Trusting relationships do not happen automatically just because a health system or university is showing good intentions; they must be deliberately designed. One key ingredient to these trusting relationships is consistency. Our interviewees emphasized that while clinicians may see long-term benefits to a population health project like research and education, the participants also need to see benefits that make sense to them. Leaders of these projects often viewed nurses and community health workers as stewards of relationships in addition to providers of care.

“Trust is not something that can be built right away,” one interviewee argued. “You can’t go into a relationship assuming that the community trusts you because you are wearing a white coat. You should probably think the opposite, that they don’t trust you. You have to realize that you have to build trust until the community feels more confident that you are looking out for their interests and you’re not just there to draw their blood and take from them. You have a commitment to deliver results. Often researchers feel like their work ends when they publish that New England Journal of Medicine paper. You’ve got to bring it back to the community.”

We need to rediscover our people skills

Today’s health professionals are more technically proficient than ever before. But in our conversations with nurse educators as well as population health experts, we learned how important “soft skills” are to discovering and addressing the needs of communities. At the top of the list of skills was teamwork. Nurses are already increasingly comfortable with the idea of working with (and even leading) interdisciplinary teams that might include physicians, pharmacists, dentists, social workers, and community health workers. Educators we interviewed told us that for nurses as well as other professionals, practicing these “soft skills” was a way to reconnect to the core ethical character of their work.

“In our case, bilingual and bicultural clinicians worked better because they had the cultural competency,” one population health authority told us. “Others were willing to get some experience with the population to build that cultural competency. It was people who went in with the attitude that they needed to be flexible. It was flexibility to know that they didn’t already know what would work with this population and they couldn’t just impose their usual way of doing it on this population. They had to go in with the curiosity and the intent to learn from the community what would work with them and adjust their messaging and approach to fit what worked in the community.”

New tools are useless unless they help us better understand people

A major emphasis of our report was the need for new “quantitive reasoning” tools to address population health challenges. At the same time, though, some of our interviewees expressed a somewhat jaded view of technology because of its potential to interfere in human relationships. New technologies were only useful, they argued, if they were utilized in the context of consistent relationship-building described above. Particularly promising were technologies that give nurses and other clinicians insight into health problems at the population level. Applied in the right context, these kinds of tools can help nurses understand how health issues are playing out in the neighborhoods where people live, not just inside their clinical chart.

“There will always be an interpersonal factor in asking about homelessness or child abuse that is not present with biophysical data,” we wrote in our final report. “Since much of this data is collected by nurses, it is our duty to ensure that these assessments are done in ways that are accurate and respectful of patients and communities.”

Putting people first can bring everything together

Over the past few years, we have had the opportunity to visit academic institutions and population health partnerships across America. In all of these institutions, we met people with great ideas and a deep passion for improving human health in all settings, not just in the clinic. These encounters excited us, but also often left us wondering what kinds of institutions would ultimately drive progress in population health. We met experts who envisioned many different candidates as the most important catalysts for change: housing, schools, hospitals, universities, and others.

Yet despite their different institutional backgrounds, all of these experts shared the core values of putting people first. They saw all of the systems they were working in as means to an end of helping people, not as ends in themselves. They were flexible in their thinking about goals, metrics, and sustainability. They saw the need to learn and grow to meet communities’ challenges, rather than forcing communities to follow their rules. Almost all these interviewees described a journey where they came to open their minds about what leadership looks like. Here’s how one veteran of the field reflected on his experience:

“In every case where we have asked, ‘How did this partnership happen?’ It started with somebody who convened people who said, ‘We can do better.’ By the way, there’s absolutely no pattern we’ve been able to discern in who that convener is. It could be a pastor, it could be a health system, it could be a nurse. … It’s somebody who has enough stature in their community that when they call someone and say, ‘Hey, can we talk?’ then that happens.”

No matter what 2021 may bring, here’s hoping that more of us can learn from that example and keep up the conversation about putting people first.

by Patricia A. Polansky, RN, MS