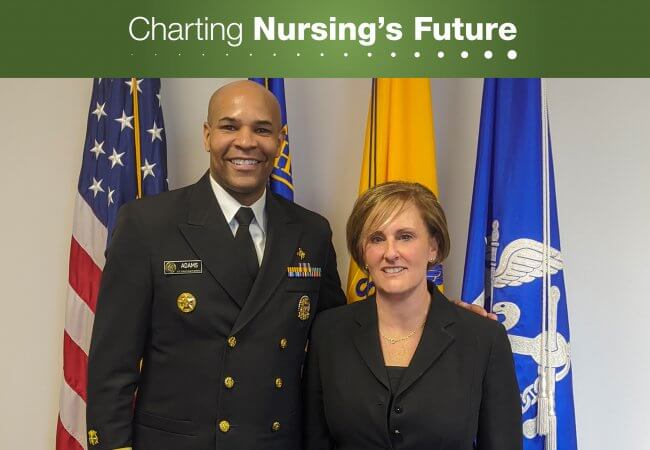 Wondering what to expect on the health policy front in 2020? We were, too, so we reached out to someone in the know. Ellen Kurtzman, PhD, RN, FAAN, associate professor at the George Washington University School of Nursing, recently completed a Robert Wood Johnson Foundation Health Policy Fellowship to gain hands-on policy experience in the nation’s capital. Fellows make the rounds of government agencies and administration offices to learn about their work, then immerse themselves in an assignment on Capitol Hill or in an executive branch office. Kurtzman experienced both. She spent nine months in the office of the Speaker of the U.S. House of Representatives, the Honorable Nancy Pelosi, and four months in the Office of the U.S. Surgeon General, Vice Admiral Jerome M. Adams, MD, MPH. In both placements, Kurtzman gleaned insights into the current health policy landscape and how nurses can employ their expertise to advance policy.

Which policy developments will you be following most closely in the year ahead?

I’ll be watching to see what happens with coverage in terms of Medicare for All versus improvements in strengthening the Affordable Care Act. I think there’s still life left in doing something around prescription drug prices, and I think there’s definitely an appetite for doing something about surprise billing because everybody agrees that insured patients shouldn’t get saddled with huge out-of-network bills after receiving care. Additionally, there will be an election next November. People should be highly engaged in that, and, I would argue, they should participate.

Do you anticipate seeing congressional action on health policy in the coming year?

It’s a very difficult, partisan environment. There is a lot of activity, but legislation is not moving through both Houses, as it would have to in order for anything to become law. You can look on congress.gov and find thousands of bills that have been introduced in the 116th Congress. As of late October, there were something like 4,500 bills introduced in the House. Ten percent of them were in the health space, but only four passed the House and the Senate and were signed into law, and these bills were reauthorizations of programs that already existed. So, if you’re a citizen, you effectively observe no change. Impeachment is also a major distraction, and even though it’s not specific to health care, until that’s resolved, the attention is not likely to shift back to other things.

What did you observe in the Office of the U.S. Surgeon General?

That it is a very productive, deliverable-oriented office. The surgeon general has a set of really important priorities. They include substance use disorders, e-cigarettes and vaping, and oral health, recognizing that the mouth is just another part of the body. He has some initiatives around how health impacts our national security, and he’s got an interesting initiative in the social determinants space. He calls it CHEP, which stands for Community Health and Economic Prosperity. The idea is that it’s good business to invest in health—not only the health of your employees, but the health of your communities—and that when businesses do that, it makes both the businesses and the communities more prosperous.

Tell me more about CHEP.

The U.S. surgeon general has spent a great deal of time traveling the country in search of exemplary businesses that are working alongside community developers to support affordable housing, food programs, and [other upstream factors] that contribute to health and well-being. In Oklahoma, for example, the owner of the NBA basketball team, the chamber of commerce, local business leaders, and local departments of health, education, public safety, and justice are working to improve the efficiency and effectiveness of the criminal justice system. The work has contributed to a better business environment and put people to work. In the hiring space, there’s an example the surgeon general uses quite often of a commercial bakery in Yonkers, N.Y. They have an open hiring model, [which means] there basically are no hiring requirements—no background check, no resume, no interviews, no tests—other than that you can do the job.

You said the surgeon general’s office is focused on deliverables. What can we expect to see in 2020?

We’ll likely see several publications from the Office of the Surgeon General related to Dr. Adams’ priorities. This is an enormous contribution. These reports suggest there’s a huge and compelling evidence base to guide people and communities on those issues.

Did you hear any discussion of social determinants of health on Capitol Hill? 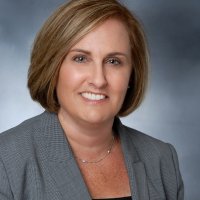 My impression is that there’s a lot of interest in social determinants but less clarity about how to address them. While I was on the Hill, I observed efforts to protect housing assistance, early education programs, and social security. And there is interest in addressing adverse childhood experiences (ACES). These and other social determinants of health such as socioeconomic status or where you live are really strong predictors of future health problems, so lawmakers want to know more. The idea is if you can prevent certain negative exposures from happening, or at least identify who’s at greatest risk, you have a chance of reducing our health care expenditures dramatically.

Is cost the main motivator?

Decision-makers are highly motivated to do the right thing, but they are acutely aware of the financial impacts. Protecting children is a part of the American value system, so they want to address ACES, but progress on the issue is likely to be accelerated if a policy reduces the federal deficit or stimulates the economy in some way.

Tell me a little bit about what set you on the journey from patient care to policy.

I just sort of found myself getting closer and closer to the decision-making apparatus. It happened during a time when I was very interested in health care quality, especially in skilled nursing homes. The long-term-care workforce is among the hardest working, most talented, and most well-intentioned, and yet it under-delivers on quality. It struck me that in order for that dynamic to change, it wasn’t about a nurse or a physician trying harder or working longer hours. It was about finding policy levers that could be pulled to make sure the system is aligned to produce better outcomes. Policy remedies have the possibility to save communities and nations, so policy seemed like a better place for me to invest my energy.

Traditionally, bachelor’s nursing programs have a single policy course. If I could wave my magic wand, policy would be integrated across the curriculum, regardless of the degree, program, or level. That’s what we’re trying to do at GW (George Washington University School of Nursing), and the Center for Health Policy and Media Engagement is accelerating that process. Nurses can talk about the patient in the bed, but they don’t have the vocabulary to talk about the policy trade-offs—for example, paying for prevention versus treating chronic disease—and that shows when they come to Capitol Hill. Until policy is threaded throughout the curriculum, I don’t think any single course is going to move the needle on that.

Is there anything else you want to add?

Every policy is about allocating scarce resources, and, unfortunately, there are always winners and losers. As Americans, I think it’s very easy to criticize, but our government is incredibly complicated. Lawmakers are faced with really difficult choices, and, in most cases, they want to be responsive; they want to get it right. Being embedded in offices on the Hill and in the administration made me incredibly grateful that we have a talented, dedicated set of professionals who could have any job they want, yet they choose to make these tough decisions on our behalf and choose careers in public service.