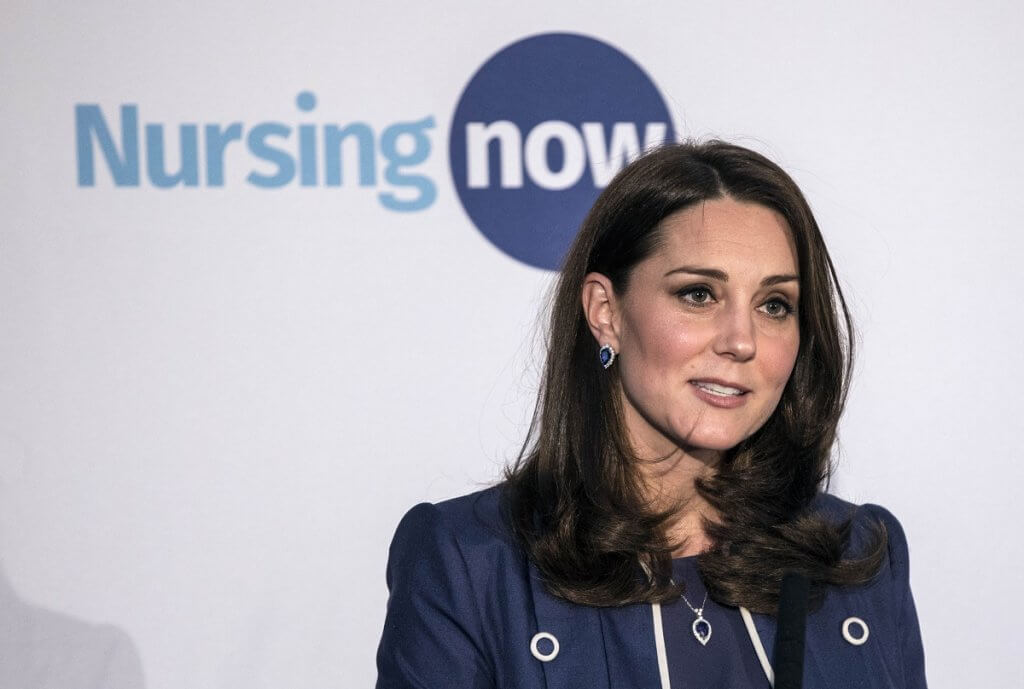 Nursing Now, a three-year campaign to raise the status and profile of nurses globally, launched on Feb. 27 in more than 30 countries, including England where the Duchess of Cambridge pledged support and appreciation to nurses

“This campaign means a lot to me personally,” the Duchess said. “My great-grandmother and grandmother were both volunteer nurses.”

Also participating were international nursing leaders from Norway, the Bahamas, Uganda, and Thailand, and representatives from World Health Organization and the International Council of Nurses, the campaign’s organizers. Campaign for Action Director Susan Hassmiller, PhD, RN, FAAN, participated in the U.S. launch of the organization.

“The campaign is based on a simple premise: nurses and midwives make up half the professional health workforce globally and we can’t achieve universal health coverage without them,” Lord Nigel Crisp, co-chair of Nursing Now, a member of the House of Lords, and the former chief executive of England’s National Health Service, said as he kicked off the London event, which was webcast simultaneously with launch events in Chapel Hill, N.C., Jordan, and South Africa.

Three panel discussions followed Dr. Hannaway’s remarks in the lead up to a much-anticipated speech from the Duchess of Cambridge, who was also named a Patron of Nursing Now, a formal designation that indicates her deep support of the organization.

Her Royal Highness spoke about the “enormous range of responsibilities that nurses have” and how in many parts of the world, “nurses are perhaps the only qualified healthcare professionals in their communities.” She highlighted the growing demand for nurses globally: it is estimated that an additional 9 million are needed by 2030.

“This shows that we must act now to support and develop nurses with the skills and talent to cope with the future global health needs. Nursing Now is a call to raise the profile of nursing internationally and to help grow the profession further so it can play a key role in meeting real health challenges across the world,” she said. The Duchess concluded her remarks by thanking nurses for their work.

“I would like to congratulate and thank all nurses everywhere on what you achieve on a daily basis. The difference you make should not go unrecognized.”

At the same time as the launches in London and Geneva were underway, the U.S. launch was kicking off in Chapel Hill, North Carolina. Hassmiller was one of several speakers at the event, which was held at the UNC Chapel Hill’s School of Nursing and sponsored by the school and IntraHealth International. She talked about the work of the Future of Nursing: Campaign for Action, highlighting the importance of nurses to keeping communities healthy and promoting nurses as leaders.

She concluded with a remark from Florence Nightingale. “Were there none who were discontented with what they have, the world would never reach anything better,” a powerful call to action for the many inspired by this new international effort.

To learn more about Nursing Now and how you can get involved, visit their website or watch a livestream of the London launch below.