Advice for Nurses Who Aspire to Join a Board 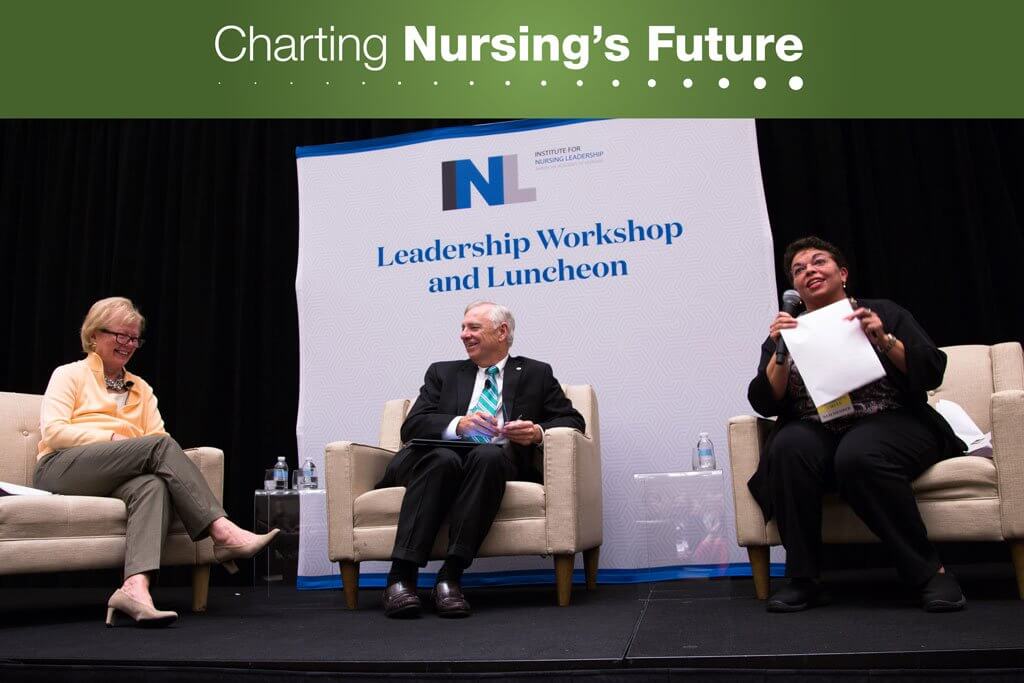 Wondering what boards seek in recruits? What they value in members? And what strategies can move nurses closer to a seat at the table?

Here’s one bit of advice: “Get yourself a two-page resume.”

Richard J. Gilfillan, MD, chief executive officer of Trinity Health, offered this concrete suggestion and additional food for thought during a panel discussion that explored what it takes to get a seat on a governance board and be successful in board service.

Trinity uses a competency-based system for filling its board seats and actively seeks members with experience in diverse realms. These range from the quality improvement, human resources, and clinical spheres to social policy, organizational development, and government experience. Right now, Trinity is looking for someone with health information technology know-how or an entrepreneur. “People who start businesses are different from people who run academic departments,” Gilfillan observed. “We want the strength and experiences of both.”

Trinity Health is part of Catholic Health Care, which has been led by women, many of them nurses, for 150 years. “It’s not an accident that we were founded by nurses, built by nurses over time, and now we operate with nurses on our board,” Gilfillan explained. 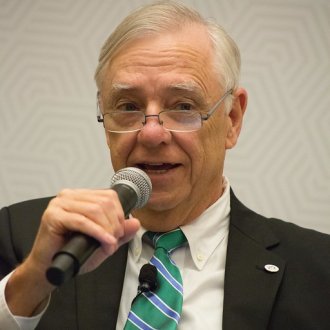 Richard J. “Rick” Gilfillan, MD, leads Trinity Health, which serves communities in 22 states.  He previously led Geisinger Health Plan and was the first director of the Center for Medicare & Medicaid Innovation. Photo courtesy of the American Academy of Nursing.

The former head of the Center for Medicare & Medicaid Innovation made his remarks at the 2017 Leadership Workshop that kicked off the American Academy of Nursing’s 2017 Transforming Health, Driving Policy conference held in Washington, D.C., in October. The session, sponsored by the Academy’s Institute for Nursing Leadership, attracted 200 nurses eager to answer the call of the Nurses on Boards Coalition, which is seeking to put 10,000 nurses on boards by 2020 to improve the health of communities and the nation. That coalition, which includes conveners AARP, the Robert Wood Johnson Foundation, and 19 nursing organizations, is a direct response to the Institute of Medicine’s recommendation that nurses play a more pivotal role as decision-makers on boards and commissions

Gilfillan was joined on the panel by Joanne Disch, PhD, RN, FAAN, chair of the board of directors of Wisconsin-based Aurora Health Care. She shared lessons learned from her years of service on several boards.

Disch was invited to join the Aurora board because a physician on that board decided they needed a nurse. She called that decision “very wise,” but was quick to point out that putting nurses on boards is not a matter of parity. “It’s the perspective nurses bring that is so helpful to boards today,” she said.

Disch also emphasized that having nurses serve on boards is not about advancing nursing. It’s about advancing health care and person-centered care. Nurses can bring “the right balance of skills and attitudes,” she believes.

How can nurses find a place in the boardroom? Disch offered three maxims and a few words of advice:

Maxim 3. Information is power, but relationships are the key.

People who over the years have seen what you can do—in professional organizations as well as on the job—are your best entrée to a seat at the table, she told the audience. Then the question becomes, do your values mesh with those of the organization? Each board has its own character and values, Disch noted, and nurses should assess these before deciding whether service on a particular board would be a good fit.

Gilfillan reinforced the point: “It’s important for you to understand when you join an organization, is there a match for you personally in that space?”

Even when there is a good cultural fit, the nature of board work can be challenging for some. People tackle board service because they want to change the world in ways that are consistent with their beliefs, Gilfillan said, but there’s a difference between governance and management. Board members need to be able to bring their ideas to the table without the expectation that they will be the ones to execute them. “That’s a fine art,” he said, which some people handle better than others. “It’s interesting to see people develop restraint over time.”

By the same token, he said, board members need to demand accountability and ask the tough questions that health care entities too often avoid. “How much unnecessary care is being delivered? Answer: A lot. What are we doing about it? Not much,” he lamented. “These are the kinds of questions that the board should be asking.”

Disch agreed that those who serve on boards must show up and participate. She offered an example from her own service with Aurora Health Care.

“The search committee gave us 17 candidates for a board seat. One was a woman, one was a person of color, and 15 were white men,” she recalls. She knew Aurora highly valued diversity, so she challenged the search committee. “I spoke up and said, ‘Give us another slate,’ and they did, and we got a fabulous person, so this is how we can be influential.”

Of course, nurses first need to get that seat at the table, which brings us back to those lengthy resumes. Gilfillan confessed he and other business people find academic resumes hard to plow through. “When I get a resume that’s more than three or four pages, I don’t look at it, so please,” he implored, “Get yourself a two-page resume.”