A Heartfelt Thank You 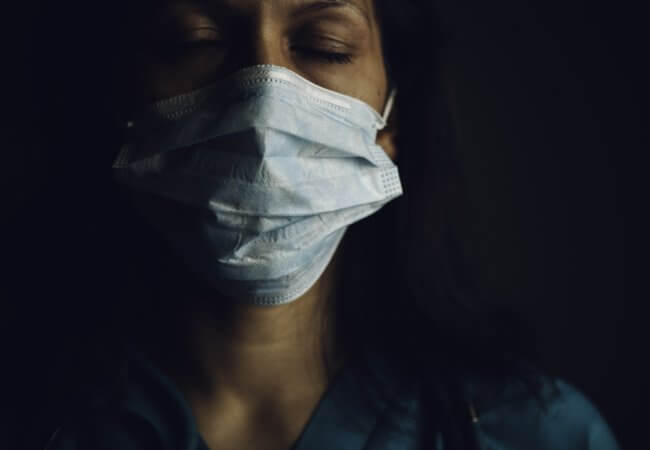 First, a heartfelt thank you. Thank you for the contributions that we know you have made to your family, your community, the profession, and more, during a year of enormous challenges that include sickness in our ranks, burnout, grief, and worse. The pandemic has tested the world, and nursing as a whole. Even as we help others—as we always do—we also hurt.

Bearing witness to the pain and loss and the frailty of our systems continues to be hard. As the new year brings the hope of widespread availability and use of vaccines, we know that we still need to fight to heal ourselves, our fellow nurses and their families—all who continue to sacrifice.

In these earliest days of 2021, we would like to pause to look back—and forward—at nursing and the role the Future of Nursing: Campaign for Action, an initiative of AARP Foundation, AARP, and the Robert Wood Johnson Foundation (RWJF), plays in the nation’s well-being.

It was the Year of the Nurse and the Midwife, chosen to honor—200 years after her birth—the founder of modern nursing. But COVID-19 ravaged the world, which means that Florence Nightingale’s name is also now part of another sort of homage: The Nightingale Tribute names the nurses who have given their lives helping others during the worst pandemic in a century.

While the health disaster has highlighted the courage of nurses, it has also highlighted the disparities in health and health care. Then with the killing of George Floyd came a public reckoning of the effects of structural inequities, and the nation’s recognition of the need to right historical wrongs. As we affirmed at the time: Racism and injustice have no place in our country today. Our pathway to equity is to help build better health through nursing.

In ways large and small, we made strides in 2020 to do just that. Progress includes:

States: Through the Center to Champion Nursing in America, the Campaign’s operating arm, also an initiative of AARP Foundation, AARP and RWJF, we hosted monthly sessions to guide others on how to work with state policymakers to lift—at least during the pandemic—legal restrictions on nurses. Participants included Action Coalitions, AARP state offices, and community groups. Successes in Kentucky, Louisiana, Massachusetts, New Jersey, New York, Virginia, and Wisconsin expanded access to care for nearly 59 million people.

Among contributions toward building a more diverse nursing workforce, the Campaign’s Equity, Diversity, and Inclusion Steering Committee has created a mentoring program and a health equity toolkit for use by nursing schools. The mentorship program, designed in collaboration with the U.S. Department of Health and Human Services’ Office of Minority Health and historically black colleges and universities, includes mentor-training workshops and a learning collaborative. Postponed last year, but back on track, are similar programs for students at schools that serve largely Hispanic populations, and those that serve American Indians.

The Campaign, with a grant from RWJF, completed a series of reports exploring promising models of nursing education related to improving population health. The Population Health in Nursing (PHIN) project, found here, also examines how nurses should be prepared for new roles in population health practice.

The National Academy of Medicine (NAM) delayed to late spring 2021 its much-anticipated report on the future of nursing 2020-2030, expanded to include nursing’s role in responding to the public health crisis. Many reading this letter have contributed to the committee’s broad outreach and research, including during an August 2020 webinar.

The focus of each is important, so we’ll list in chronological order brief notes on the meetings we have in store for early 2021.

Wrapping up our yearly note is a spotlight on an inspiring set of projects past and future: the Nursing Innovations Fund Awards. In October, we announced 10 ambitious projects designed to address health disparities that each earned $25,000 awards. And look for news in May about a similar funding opportunity, for projects that address structural inequities.

Again, we want to thank you for all that you have done. Nursing, long the most trusted profession, has never been more important. You have pushed through and persevered. For all you’ve endured and the grace you have shown, thank you.