Measures of Success Are Updated 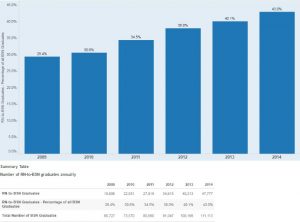 Things are looking up for education and diversity in the nursing workforce. Those are among other upticks reflected in a recent update to the Dashboard, which is the tracking tool used by the Future of Nursing: Campaign for Action.

The primary indicators on the Dashboard, updated in June, stand for the recommendations made by the Institute of Medicine in its 2010 report on the future of nursing. Those major categories are each sliced more finely to include other categories—some two dozen secondary indicators—and that is what has just been updated.

Diversity of the nursing workforce is up as well, with positive trends in the numbers of men in nursing as well as those from minority racial and ethnic groups.

You can find all the indicators two ways from the home page:

We’ll be updating these twice a year from now on.