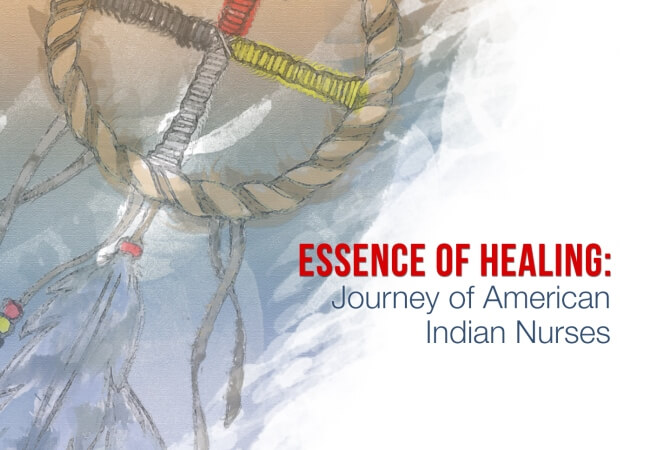 The North Dakota State University School of Nursing has pursued its goal of recruiting more American Indians into the field in a new way: film.

“Essence of Healing: Journey of American Indian Nurses,” a documentary that follows 14 American Indian nurses from the Northern Plains, last month was accepted into the Chandler International Film Festival and the Canadian Diversity Film Festival. It showed last month in Chandler, Arizona; it is to be shown in mid-June in Canada.

Loretta Heuer, PhD, RN, FAAN, a professor at NDSU’s nursing school, can add to her credentials (which also include RWJ Executive Nurse Fellow) co-executive producer.  NDSU collaborated with other groups to develop the film to encourage nursing education in underrepresented populations.