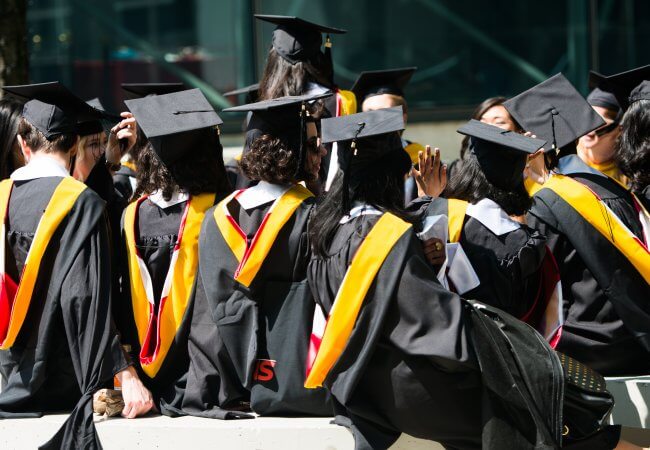 We are two PhD students in nursing who both wondered: Why did many of our fellow students begin with an undergraduate degree outside of nursing?

We are lucky, we know. Both of us were advised early on by our parents to pursue a career in nursing.

Ani grew up reading torn out pages from the New England Journal of Medicine and shadowing her father, a cardiologist, in the cath lab when the lead gowns barely hovered above her shoes.

Jessica grew up observing her mother, an advanced practice nurse, as she scrubbed in for open heart surgery, asking questions like, “Why is the heart so yellow?”

Both of us were advised to pursue a BSN and to consider higher education so that we may lead in practice and research, and enjoy an autonomous career with work-life balance. Both of us followed that advice and got first-degree BSNs.

When we later met each other in our nursing PhD program, we were surprised to be unlike so many others.  Most of our colleagues had gotten their nursing degrees after graduating from college with a degree unrelated to nursing. We became curious about what, precisely, influenced us—but not our colleagues—to consider nursing from the start.

We found that our PhD cohort reflected a national trend. The current nursing shortage in pockets of the nation has led to an unprecedented growth in second-degree BSN programs, and there are now more second-degree programs in nursing than ever.

To better understand why students are deciding to pursue nursing as a second career and how the perception of nursing may change through the pursuit of a nursing degree, we surveyed 30 students attending or graduated from nursing programs who completed an undergraduate degree outside of nursing. While a small convenience sample, our survey nevertheless turned up factors to consider.

Among health-care minded students there were two main reasons they did not choose nursing for their undergraduate major: Either they had intended to go to medical school; and/or they didn’t know, as they put it, “what nursing entailed.”

An overwhelming majority discussed how gratified they were to discover the versatility that nurses have in their roles both at and beyond the bedside, the freedom they have to make decisions, and the critical thinking required to manage multiple complex patients.

Perhaps a factor in our decision to go straight to such a rewarding profession, versus the choice of our peers to study non-nursing at first, is what people know of nursing from outside sources. According to The Woodhull Study Revisited: Nurses’ Representation in Health News Media 20 Years Later, “Nurses remain invisible in health news media, despite their increasing levels of education, unique roles, and expertise.” As that study shows, news reports do not accurately reflect an image of nursing that involves problem solving, autonomy, and leadership. This, despite the fact that Gallup public polls show the field has been named most-trusted for 17 years.

Through our parents we were given inside access into the dignity, responsibility, and versatility that nursing provides. Because of this we were able to trust that nursing would promise more than what we saw on shows like Grey’s Anatomy.

We both ultimately decided to pursue our PhDs because we knew that the skills gained in a PhD program would provide opportunities to be policy-makers and to lead research investigation. We chose this path rather than the more common Doctor of Nursing Practice (DNP) because we felt driven to advance our skillset beyond the clinical realm. With this, we hope to be even more credible advocates for patients and nurses at the policy and administrative level.

Nursing means so much more than bedside care. It means opportunities to be leaders in public health and in research investigation, to autonomously care for patients as a provider across primary care and specialty practice, to operate, and sit on hospital boards. We hope that these images can replace those of nurses as the subordinate or the medication dispenser, so that bright, ambitious young students will be more inclined to pursue nursing in the first place.

Read more on obtaining a BSN.

Bilazarian and Schwartz are PhD students at Columbia University.