I usually focus on the future of nursing, but Women’s History Month offers an opportunity to remember some of the women pioneers who paved the way for us. They faced some of the same obstacles to transforming care that we do, and their methods to overcome adversity and persevere can serve as lessons and inspiration to us as we strive to strengthen nursing education, remove barriers to practice, and promote nursing leadership. 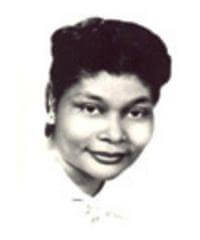 Lillian Holland Harvey, an African-American nurse leader who transformed nursing education, comes to mind. As Dean of Tuskagee University School of Nursing from 1948–1973, she started Alabama’s first bachelor of science degree in nursing. The program provided a strong education to students, including hands-on hospital experience locally and out of state. Harvey used her connections to secure the social and monetary resources critical to maintaining and growing the school. She mentored many students, who credited her for emphasizing the importance of education, balancing work and family, and getting involved in their communities. Harvey served on numerous national boards, including the National Student Nurses Association and the National League for Nursing. Her passion for education led her to return to Columbia University and earn her doctorate at the age of 54 in 1966, nearly 20 years after finishing her master’s degree. During a time when segregation was rampant, Harvey overcame many obstacles to strengthen the nursing field.

One of the great lessons that Harvey can teach us as Action Coalition leaders is the importance of mentoring the next generation. Many of our Action Coalition leaders are in the twilight of our careers, and we need to make sure that we are speaking to students about the Campaign and bringing capable young leaders into Campaignleadership positions, so they can build on our successes to transform nursing and patient care. 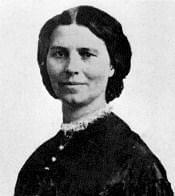 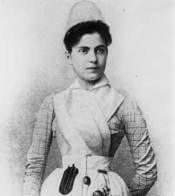 Clara Barton and Lillian Wald are two other leaders who inspire me. They used their connections to build coalitions and garner support for their respective organizations, the American Red Cross and Henry House Settlement. Barton toiled for a decade to convince the United States to establish the American Red Cross. She wrote pamphlets, lectured, and met in 1878 with President Rutherford Hayes, who rejected her idea on the grounds that a disaster aid organization was unnecessary since the United States would not engage in civil war again. In May of 1881, Barton received approval, and the American Association of the Red Cross was established, a crowning achievement that culminated a lifetime of service to others. Like Barton, Wald cared for some of our nation’s most vulnerable individuals. In 1893, she founded Henry Street Settlement with help from philanthropists and friends. Wald and her colleagues treated their community’s health needs and sought to improve where their neighbors lived, worked and played. Born into wealth, she was skillful at publicizing the importance of Henry House and fundraising to support it. 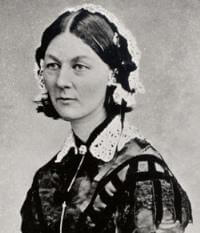 And always, I remember Florence Nightingale, the mother of modern nursing, who improved sanitation, hospital conditions, and ensured that nurses received proper training. She engaged royalty, military leaders, government officials, and businessmen to create change. Nightingale demonstrates the necessity of reaching out to other health professionals, academia, philanthropy, the business community, consumers and other health care stakeholders and asking them to join the Campaign for Action.

I am continually inspired by your passion to transform health and health care. You are following the path of some of history’s most prominent nurses by transforming nursing in your own communities.  Like them, you persevere when faced with setbacks, and I know you will not rest until you have strengthened nursing education, removed barriers to practice, and promoted leadership. When our history chapter is written, you will be a part of it.