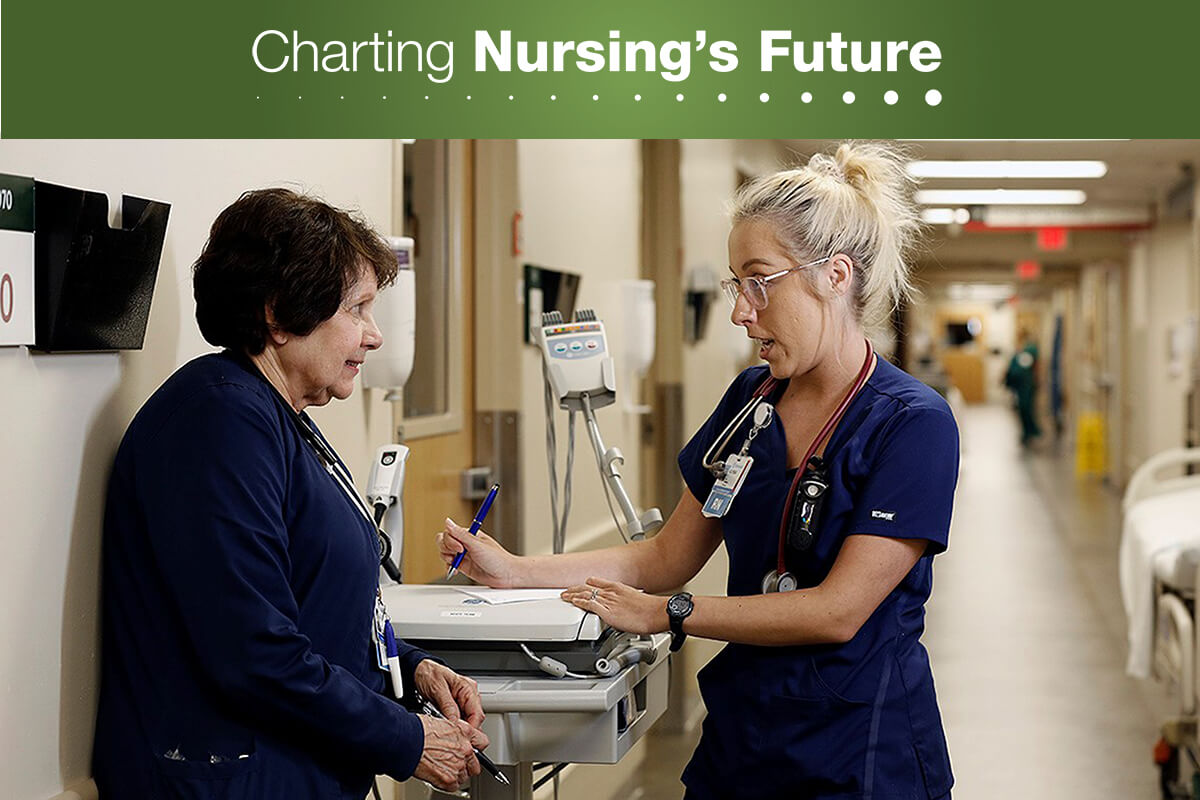 Millennials are entering the nursing profession in large enough numbers to fill most of the jobs vacated by retiring baby boomers, but new nurses lack the expertise of nurses who have been in the workforce for decades. Photo: Kyle Robertson

Long-held fears about a coming nursing shortage have shifted from a focus on numbers to a concern about experience. Now experts and others familiar with the situation are suggesting steps to address the impending “expertise gap”—a result of the retirement of nursing’s baby boomers and their replacement by a large influx of millennials.

When the average age of RNs rose to 44 in 2005, alarm bells went off about an impending nursing shortage. This statistic represented the aging of baby boomers (born 1946-1964) who joined the workforce in large numbers beginning in the early 1970s. Researchers worried there wouldn’t be enough new nurses to replace this group when they began to retire around 2010.

Writing in Health Affairs in October 2017, authors David I. Auerbach, PhD, Peter I. Buerhaus, RN, PhD, and Douglas O. Staiger, PhD, argue that during the last decade, a number of factors have come together to change that scenario, most notably the Great Recession of the late 2000s, which delayed the retirement of boomer nurses, and a surge of millennials (born 1982-2000) into the profession. In the latter case, say the authors, millennials have taken the nursing profession by surprise by being nearly twice as likely to join the nursing workforce as the baby boomers once were.

Auerbach, Buerhaus, and Staiger point out that by 2030, the nurse workforce is expected to grow to at a rate of 1.3 percent annually. Rather than the dire shortage that was originally predicted, this will leave workforce growth falling just short of growth in demand, which the Health Resources and Services Administration estimates to be 1.5 percent per year.

While increased growth is certainly a good thing, it’s only part of a bigger picture. Because boomers and millennials entered nursing in large numbers, starting their careers decades apart, the nursing workforce is not evenly distributed across the age spectrum. Instead, the bulk of the workforce is made up of experienced boomers at one end and much less experienced millennials at the other, leaving an expertise gap between the two.

Between those two groups, but not truly filling the gap, are Generation Xers (born1965-1981)—a cohort of modest numbers and moderate experience.

As boomers retire, they take with them decades of experience that the remaining workforce, with its preponderance of new nurses and fewer, somewhat-more-experienced Generation Xers, will not be able to replace immediately.

When asked about this phenomenon, Buerhaus explains that policymakers should be concerned because “experienced nurses are adept at recognizing complications and manipulating organizational cultures” to get patients the care they need. He says the loss of this knowledge could “compromise quality and safety of care.”

What can chief nursing officers and other nurse executives do? Buerhaus recommends that they:

On the last point, some health care organizations have taken the initiative by encouraging innovative information-sharing among nurses across the generations. One such example is Riverside Methodist Hospital in Columbus, Ohio. It has instituted a volunteer program that encourages retired RNs to take an advisory role and share their insights with less experienced staff nurses.