Mentoring Boosts People Involved, and Nursing As a Whole 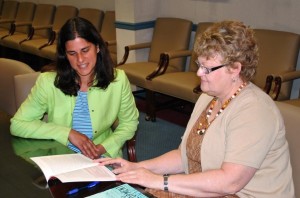 If you ask a nurse manager, chief nursing officer, or a nurse leader how they got where they are, it’s likely they will mention mentors who helped along the way. It’s just as likely that the experience benefited both teacher and student—while contributing to a nursing culture that promotes and values leadership.

LoGrippo was guided in her postdoctoral position at Rutgers University by Edna Cadmus, who provided her protégé with opportunities to lead, including LoGrippo’s current position as project director for an RWJF State Implementation Program grant.

Cadmus, who is specialty director of the Nursing Leadership Program at Rutgers’ School of Nursing and co-lead of the New Jersey Action Coalition, has helped guide LoGrippo’s career trajectory, LoGrippo said, and was “the key” to her being hired by Rutgers as an assistant professor. Now LoGrippo has been asked to direct the RN-to-BSN program at Rutgers—another role that LoGrippo attributed to Cadmus’ ongoing conversations, advice, and counsel.

The Institute of Medicine’s landmark 2010 report on the future of nursing cites mentoring as a good way to strengthen the workforce and improve the quality of care and patient outcomes. That’s why mentoring is one strategy the Future of Nursing: Campaign for Action, a joint initiative of RWJF and AARP, is implementing through its 51 state Action Coalitions. 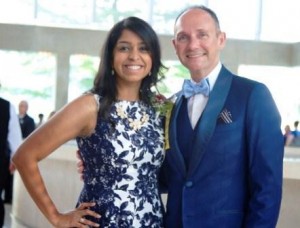 “Mentoring is really a bidirectional relationship,” said Cole Edmonson, chief nursing officer at Texas Health Presbyterian Hospital Dallas, and an RWJF Executive Nurse Fellow. Edmonson mentors Amy McCarthy, a charge nurse at the hospital. When McCarthy met Edmonson, she said right away: “I want your job, now how do I get it?” Edmonson has been showing her the ropes since.

Thanks to Edmonson’s selecting McCarthy as the new nurse representative on the National League of Nursing Accelerating to Practice Advisory Board, said McCarthy, she’s been exposed to people and ideas at the national level in a way that wouldn’t have been possible otherwise. McCarthy has relied on Edmonson on matters large and small: “He connects me with people interested in what I need to know. He has been a constant source of support.”

“Mentors help us through the difficult times, celebrate our accomplishments, and guide us through decisions and difficult situations,” said Edmonson, who has benefited from the efforts of several nursing mentors over his career.

Like many other RWJF Executive Nurse Fellows, Edmonson is using his leadership skills to mentor younger nurses; he also leads an Action Coalition—in his case, the Texas Team. 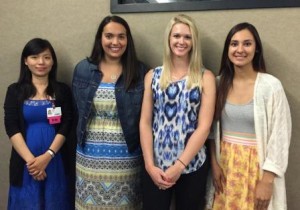 “Mentoring is particularly important for nurses who want to advance into positions of leadership, including positions on boards,” noted Mary Val Palumbo, co-lead of the Vermont Action Coalition and a University of Vermont associate professor of nursing.

Nurses completing the coalition’s yearlong Vermont Nurse Leaders Fellowship Program were encouraged to identify and seek out mentors. Palumbo credits her mentor, University of Vermont Professor of Health Policy and Nursing Betty Rambur, with helping her “set new goals, strive for excellence, and be willing to step up to the plate.”

In Arkansas, the Action Coalition made sure that mentoring was part of its Young Leaders Program, designed for nursing students earning their bachelor’s degrees. The program pairs participating students with experienced nurses; students then complete nurse leadership projects under the guidance of their mentors, who help them hone leadership skills.

“Each of the youth leaders is having a unique experience outside of traditional bedside nursing,” said Erin Fifer, coordinator for the Arkansas Action Coalition. “The mentoring and networking opportunities each student receives will be invaluable to their nursing career.”

This story appeared in the July 2015 issue of Advancing Health: News from the Campaign for Action.