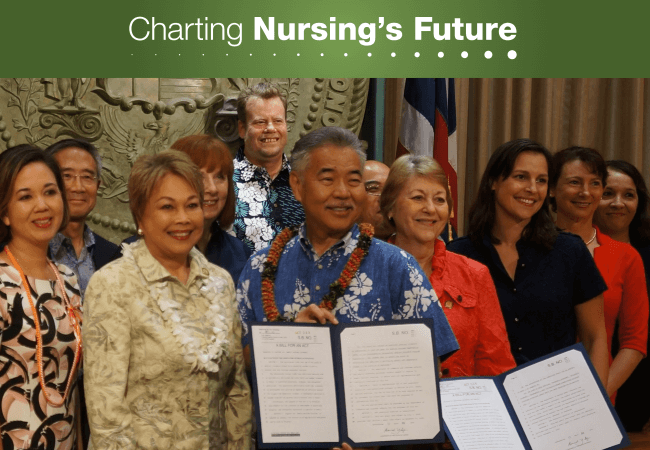 Hawaii is now the fourth state in the nation to pass a law aimed at helping the United States reduce its chronic shortage of preceptors, with an innovative solution that uses the power of the tax code to try to bolster their numbers.

Difficulties finding preceptors are longstanding, but they have been exacerbated by an explosion of doctor of nursing practice (DNP) programs and the rise of for-profit nursing schools that pay preceptors for what has traditionally been a voluntary activity aimed at giving back to one’s profession. Heightened competition for community-based clinical placements—and preceptors at these sites—further complicates matters for DNP programs.

“For nurse practitioners, the bulk of their training is to prepare them for primary care,” notes Tay Kopanos, DNP, NP, vice president of state government affairs for the American Association of Nurse Practitioners (AANP). If the goal is to ensure an adequate primary care workforce, she says, NPs must train in community clinics where they will encounter the types of patients they will ultimately care for.

Unfortunately, primary care providers, especially those in underserved rural areas, typically have a heavy workload, which discourages them from taking on the additional burden of precepting.

Since 2014, several states have taken steps to address the problem by providing a tax benefit to preceptors. Georgia led the way, passing a preceptor tax deduction for physicians in 2014. Hawaii Gov. David Y. Ige signed a far more robust bill into law on June 13, following similar legislation passed in Maryland and Colorado in 2016. In Hawaii, Maryland and Colorado, nurse practitioners and several other health professionals serving as preceptors are eligible for a tax credit. Unlike a tax deduction, which simply lowers one’s taxable income by the amount of the deduction, a tax credit reduces the amount of taxes owed to the state.

The Hawaii legislation allocates $1.5 million per year to provide up to five $1,000 tax credits per preceptor, says Laura Reichhardt, MS, APRN, NP-C, director of Hawaii’s State Center for Nursing. Reichhardt says the funding would cover preceptors for all of the state’s students of advanced practice nursing, medicine, and pharmacy, which are the health professions covered by the legislation.

In Colorado’s case, preceptors must work in in a ‘rural or frontier’ area in order to qualify for the tax credits, worth $1,000. Maryland’s preceptor credit applies in those parts of the state where there is a ‘healthcare workforce shortage,’ a designation used by the Health Resources and Services Administration to indicate shortages of primary care, dental, and mental health providers. Maryland preceptors receive a $1,000 tax credit for each student (provided they’ve received no other compensation) up to a maximum of $10,000. According to Temi Oshiyoye, MPH, CHES, the plan’s administrator, in the first five months of 2018, 25 physicians and NPs were awarded credits averaging $4,200 each. The state’s program funds are capped at $100,000 a year for each group of health professionals.

Other states are expected to follow suit. Georgia is trying to turn its tax deduction into a credit and add APRNs to its program.  According to AANP, Kentucky, Minnesota, New York, and South Carolina also have or are considering pending tax benefit legislation.

It’s too soon to say how much difference these tax credits and deductions will make. Their success will likely depend on how the programs are designed as well as on how much money states invest. Nevertheless, proponents consider these legislative efforts a step in the right direction. “It’s recognition that your work is valuable,” says Reichhardt.  “We have a high level of provider burnout. We’ve tried giving adjunct faculty status, library access, and other incentives. We need to keep on trying.”

Some basics of tax benefit plans designed to encourage precepting: