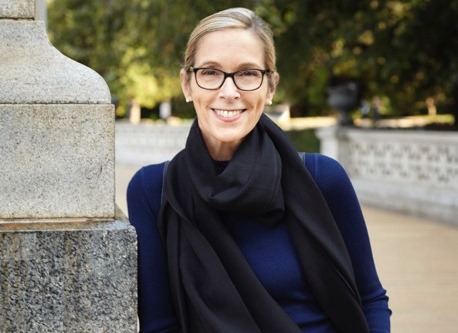 The will to live is powerful, and nurses more than anyone see the hard philosophical and physical choices that most people must make when they reach the intersection of life and death.

Defining Hope from filmmaker and documentary photographer Carolyn Jones shows some of those people and those decisions, and the nurses who help. The film has its biggest opening in multiple screenings on November 1—the start of National Hospice and Palliative Care Month—in theaters across the country. (The website lets you find a theater close to you, or request that it be shown in your town.)

Jones is the author of The American Nurse Project, a book and a film whose research led to Defining Hope. American Nurse followed five nurses on the front lines; Defining Hope follows a number of people as they grapple with medical and moral questions about wellness, sickness, dying and living. After five years of spending time with them, Jones observes, “Nurses have a really unique relationship with us because of the time spent at bedside.” She has seen those times when an “emotional intimacy” develops.

In a video tribute to nurses last fall, Jones points out that the public needs all the help we can get navigating new life-saving technologies that force us to weigh the quality of life versus the quantity, and that nurses can help.

Her passion for nursing started with Joanne, the nurse who helped her through her chemotherapy. Jones was apprehensive going in, but within minutes and in an unexpected way, Joanne put her at ease. Jones marveled: “How did she know so instinctively just now to talk to me?” Their relationship was the beginning of Jones’ fascination with the world of nurses. 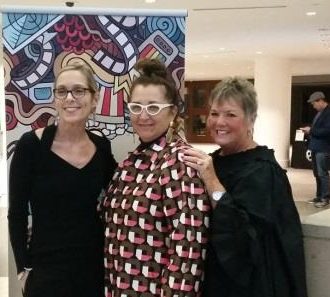 Pictured above: Carolyn Jones, left, Barbara  Glickstein, nurse advisor for the film, and and Kimberly J. Harper, CEO of the Indiana Center for Nursing/Indiana Action Coalition.

Her respect, near awe, for the field of nursing is clear in her work. Did Jones ever think of joining the force? “Yes,” she writes, she did, just after finishing American Nurse. “I had a moment when I thought I might have missed my calling. I could imagine how rewarding it would be to work in a profession where you make a difference every single day in someone’s life. I went to NYU College of Nursing to see what the course load would look like—and it totally scared me off! Nurses have so much more education than people realize. I am a huge advocate of the profession. It’s been such a privilege to get an inside look.”

Defining Hope premiered October 17 at the Heartland Film Festival in Indianapolis, Indiana. The Indiana Center for Nursing/Indiana Action Coalition sponsored that viewing, and the film won “Best Premiere, Documentary Feature” of the festival.

Defining Hope is funded in part by the Jonas Center for Nursing and Veterans Healthcare and the American Nurses Foundation.